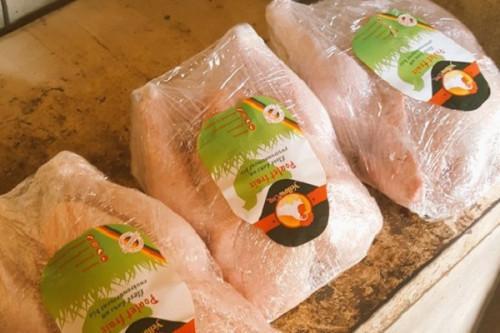 (Business in Cameroon) - On December 7, 2021, Yellow’Coq, an agrotech specialized in mass production, distribution, and transformation of made-in-Cameroon chicken, launched a XAF100 million fundraising operation through the Shareholders platform created by Kiro’o Games.

Thanks to the proceeds of the operation, Yellow’Coq intends to improve its production, distribution, and transformation capacity in the short term. In the medium-term, the agrotech plans to set up a modern production unit whose average annual capacity will be 120,000 chickens and also create a modern fresh chicken slaughtering, cutting, smoking, and packaging line.

Also,  Yellow'Coq intends to produce chicks for local breeders. In the long run, the agrotech plans to set up an African low-cost chicken fast food in the likes of AFC Fast Food.

To attract investors to its operation, Yellow’Coq promises a  cumulated 350% return on investment within five years. “Specifically, when an investor makes a minimum XAF100,000 investment, at the end of the five years, he/she can receive up to XAF350,000 dividends. This is a real opportunity for those who are new in the investment world,”  claims the startup, which informs it sold about 5,000 chickens in Yaoundé over the past two years. Yearly then, the startup is promising a 70% return on average.

“We will share the dividends at the end of the fifth year. To achieve the 350% cumulated dividends or 70% per annum, we will reinvest an average of 60% of the profits into operations during the first five years to quickly boost our [chicken, chicks, and feed] production capacities and indirectly our dividends (...) For instance, according to our forecasts, during the first operating year, we will record a negative result, and starting from the second year, the results will be positive. The profit from that year will be reinvested for the following year’s operations and so on to quickly increase the turnover and results,”   Yellow’Coq explains.

“Investors and shareholders will be entitled to 70% of the company’s dividends during the first five years of operations at the expense of the founders. This means that if for instance, the cumulated dividends generated are XAF100 million, shareholders will be entitled to XAF70 million while  Kiro'o, employees, and founders will share the remaining XAF30 million,” the startup adds.

In the local poultry industry, some actors are doubtful about the average yearly return promised. For Paul Joël Kamtchang, a poultry farmer and data journalist, the return is way more ambitious. “Looking at the promised 350% return, what I want to know is how much they will sell their chicken (...) Similar projects have failed in the past (...) Even the Cameroon Poultry Interprofessional Organisation (IPAVIC) was unable to do this despite its network and huge resources,” he said.

“The sector has strong growth potential but not to the extent presented. If they were able to produce just 5,000 chickens within two years, it means they were raising 500 chickens per batch. This is the break-even point so no profit or less than XAF100,000 [profit] if there is no loss.  To suppose that they are planning to triple their capacity in the short-term, this would be 15,000 chickens yearly, which is still not an objective target. 3000 chickens per batch will fetch like XAF1 million or XAF5 million dividend [to be shared yearly]. What if they have to pay dividends to 100 shareholders? I think that investing XAF100 million to just produce 15,000 chickens yearly is disproportionate. It is too much. On the other hand, for the long-term project, the investment announced is also disproportionate. It is very low. So, I think there is a scaling problem,” he said.