Securities dematerialization: Sinking Fund CAA to proceed to the repressive phase in H2-2021 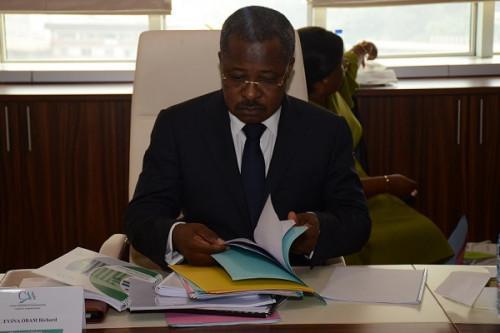 (Business in Cameroon) - In June 2021, as the central securities depository in Cameroon, the National Sinking Fund CAA will proceed to start selling the securities of companies that are yet to dematerialize their shares.

“The forced sale procedure will be implemented starting from H2-2021, in compliance with the law. As for the terms of the sale, they will be set through regulations,”  said Richard Evina Obam, Director General of the CAA, in an interview published on May 19, 2021.

In a previous warning, the CAA had revealed that once 500 companies have dematerialized their securities, the repressive phase would start. But, currently, one of the measures taken by the CAA to ensure companies comply with the requirement is to condition the issuance of tax certificates to the presentation of a statement that proves the requesting company has dematerialized its securities. Companies created before the rule became enforceable must codify and register their securities issuance operations as well as collect all of the master copies of the physical shares issued to the shareholders.

As for those created after the law became enforceable, they must codify and register their issuance operations as well as develop a custody account management framework by acquiring a software dedicated to the task (in the event the said company chooses to manage its custody accounts) or sign a mandate agreement with an approved stock exchange for that purpose.

The Cameroonian administration believes that dematerialization ensures transparency, security, and traceability in the number of securities circulating on the national territory as well as gives a complete overview of the security transactions for taxation purposes, and fights tax frauds. Physical securities’ holders were allowed a four-year grace period to comply with the dematerialization process but at the start of the 2021 fiscal year, the CAA was informing that 530 companies had complied.