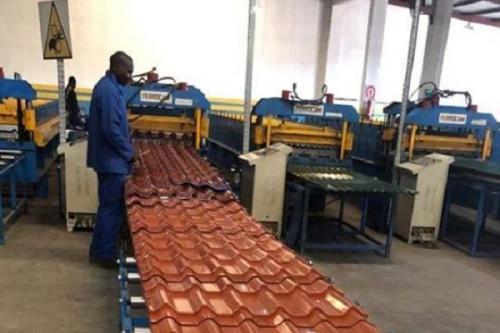 (Business in Cameroon) - Cameroon temporarily opened its sheet metal market to fill the deficit. This was revealed by Luc Mbarga Atangana, the Minister of Commerce (Mincommerce), at the end of a recent consultation in Yaoundé, with actors in the coated building materials sector.

According to the official, this decision was taken to fill the gap caused by “an incident” at Alucam/Socatral.” According to him, the prices of sheet metals rose to CFAF1,200 for 2-meters sheets and CFAF2,300 for 3-meter sheets as a result of the gap.

Alucam (compagnie camerounaise d’aluminium) indicated that the gap was due to a fire that ravaged one of its plants, as well as the shock of the Covid-19 pandemic, which led to some movement restrictions and the closure of plants.

Other companies present at the consultation explain that the current price increases are not necessarily the result of speculation spurred by a deficit. According to them, it could also be due to the rise in international prices.