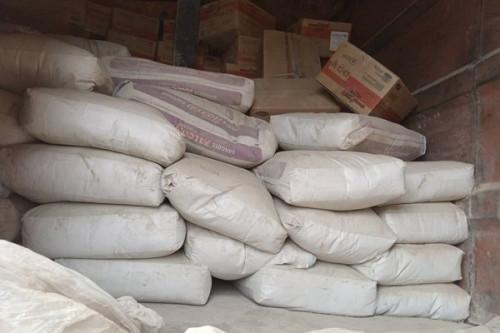 (Business in Cameroon) - On June 21, 2021, in Guily, in the Far North, customs agents seized an important quantity of contraband Dangote cement smuggled from Nigeria. The smuggled cement was loaded in two trucks supposed to be in transit for Chad but they were caught unloading on Cameroonian territory.

According to customs authorities, the smugglers initially claimed the trucks were loaded with food supplements and medical products belonging to a UN Agency, which is not the case.

This seizure made in the framework of the HALCOMI (Halt illicit trade) operation initiated by Cameroonian authorities proves the resourcefulness of the smugglers. They are ready to go to any extent to trick customs agents and succeed in their endeavor although it is harmful to the national economy. For instance, they are ready to pack sugar into wheat flour sacks or load jerry cans full of contraband fuels into tank trucks. Now, they even declare their contraband goods as UN Agencies' properties.

According to official figures, illicit trades, contraband, and counterfeiting cause a XAF200 billion shortfall for companies (turnover) and Cameroonian public treasury (tax shortfall) every year. This is not the only harm they cause to the economy, however. They also destroy numerous jobs since some of the companies affected can dismiss workforces because of the financial problems caused by smuggling and its alike.