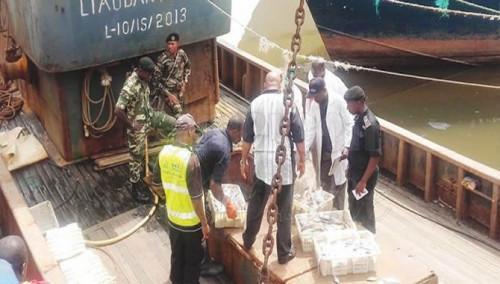 (Business in Cameroon) - The European Commission issued a warning or " yellow card" , as it is called, to the State of Cameroon due to gaps in meeting the standards agreed "under international law of the sea as flag, port, and market state". According to the official release announcing the warning, the identified gaps facilitate the development of illegal, unreported, and unregulated (IUU) fishing.

For the commission, the " yellow card" is a  "warning and offers Cameroon the possibility to react and take measures to rectify the situation within a reasonable time."

“Illegal, unreported, and unregulated fishing is one of the most serious threats to the sustainable exploitation of the sea representing a major hazard to the marine environment, the sustainability of fish stocks, and marine biodiversity. It is unfortunate that Cameroon has not been able to ensure proper control of fishing activities happening under its flag. The Commission stands ready to work and cooperate with Cameroon to implement the necessary reforms,” commented the Commissioner for Environment, Oceans, and Fisheries.

The warning was issued because of four facts. First, the country’s registration procedure does not include the verification of the history of vessels to be registered under its flag.

The second shortcoming is that the country allowed vessels already flagged as engaged in illegal, unreported, and unregulated fishing activities to get registered in Cameroon and "fly" the Cameroonian flag.

The third gap is the legal framework that appears obsolete and does not contain the necessary provisions to ensure proper control of fishing vessels flying the Cameroonian flag, in accordance with international obligations.

The last shortcoming criticized by the commission is that Cameroon seems reluctant to cooperate in the fight against illegal, unreported, and unregulated fishing.

Cameroon "also registered many fishing vessels under its flag in the past months (including IUU listed vessels), which raises serious concerns on the ability of Cameroon to efficiently control and monitor the activities of its fleet, particularly its segment operating outside waters of Cameroon and those that have already engaged in illegal fishing activities," the commission writes.

According to official sources, the warning is a consequence of the insufficient progress made by the country in this area, as well as a lack of cooperation at the end of "informal exchanges" engaged between Cameroon and the EU since 2019. "The Commission will evaluate progress in addressing the identified shortcomings within the next 6 months," the Commission explains.

At the end of this probationary period, "if the country does not fulfill its duties under international law and fails to take remedial actions, the Commission may consider proceeding to its identification (red card) and listing, entailing measures foreseen under the IUU Regulation," we learn. According to the Regulation of September 29, 2008, "establishing a Community system to prevent, deter and eliminate illegal, unreported and unregulated fishing," the measures range from a ban on the sanctioned countries’ fishery product imports to a temporary or permanent ban on receiving subsidies or support from EU countries.

The impact of these sanctions on Cameroon is yet to be demonstrated. Indeed, the country is not a fish exporter, much less to the European market. According to some experts, this warning is in fact the EU’s strategy to try and take control of Cameroon’s fishing resources from Chinese operators. Indeed, as local investors are disinterested in industrial (even artisanal) fishing in Cameroon, the sector is mainly controlled by foreign operators (Chinese mostly) who skim the national and foreign waters to supply well-maintained export channels. On its end, Cameroon spends over XAF100 billion every year to supply the national market with frozen fish, according to official estimates.