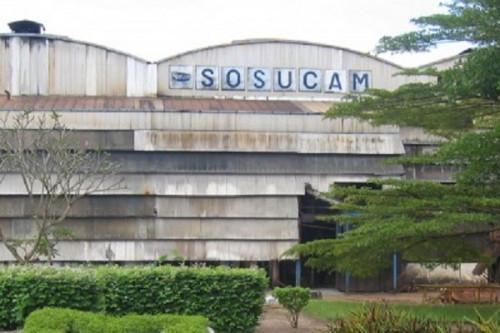 (Business in Cameroon) - There could be a new outcome to SOSUCAM’s decision to dismiss 250 workers for “professional incompetence.”

Indeed, on June 21, 2021, Naseri Paul Bea, governor of the Central region, presided over a special tripartite meeting on the issue. The participants at the meeting were Jean Second Libock, SOSUCAM's deputy Managing Director, his colleagues, the divisional officer of Haute Sanaga, security services, the Ministry of Labor, and the secretary-general of the Confederation of Cameroon Trade Unions (CSTC).

At the end of the meeting, the governor created a 12-member tripartite commission. This commission is constituted of representatives of the staff (4 members), labor administration (4 members), and SOSUCAM management (4 members).

According to our sources, after 30 days, the commission will submit its report stating the findings it made while reviewing all of the documentary proofs and the departing procedure for each of the dismissed workers. In the meantime, the CSTC has decided to suspend the strike whose notice it signed on behalf of the dismissed workers. The suspension will run till the end of the dialogue and negotiation process initiated the day of the meeting.

Pending the conclusions of the tripartite commission, the CSTC has submitted an 18-point memo to the governor. In that memo, the trade unionists require a change in the motive of the workers’ dismissal. “In the numerous background and memorandum signed by SOSUCAM S.A’s management, the motive is professional incompetence. The motive for this contract termination should be ‘negotiated departure’ instead,” the unionists wrote. They also demand the payment, by SOSUCAM, of the remaining social contributions still due the national social security for this system year.

“SOSUCAM must pay the dismissed workers a reinsertion allowance representing 12 months of the progressive base salary. The company must also pay indemnities for the losses sustained by the workers following the sudden end of their working contract. Those indemnities must be proportional to the number of years they would still have to spend as SOSUCAM workers if the contract was not breached. Also, severance pay must be paid,” the trade unionists wrote.

They also ask SOSUCAM to pay the debt contracted by the dismissed workers from banks. Their reason for such demand is that SOSUCAM issued the attestation of irrevocable transfer used by the workers and it is also the one, which abruptly ended the contract of those workers. The CSTC then suggests SOSUCAM should suspend any other decision to dismiss workers.

SOSUCAM is yet to comment but on June 11, 2021, the Minister of Labor sent a letter to its management suggesting the negotiated departure solution “in the interest of the company, to prevent possible disputes and preserve the social climate.”

In Cameroon, the company is the leader of the sugar market, with 70% of the market share. Created in 1965, it is 74% owned by French group SOMDIAA and 26% by the Cameroonian State. Currently, it claims 8,000 direct and indirect jobs for a yearly wage bill amounting to XAF14 billion.