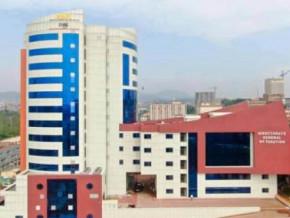 (Business in Cameroon) - Non-oil revenues reached CFA2,025 billion in Cameroon at the end of November 2022, the General Directorate of Taxes (DGI) reported. This amount is 15.1% (CFA269.9 billion) higher than the CFA1,760.1 billion collected over the same period last year.

The tax authority also indicated that this is the first time that such revenues have exceeded CFA2,000 billion in Cameroon. Between January and November 2022, the DGI collected a total of CFA2,426.5 billion in taxes, up CFA410 billion (+20.3%) compared to the same period in 2021. According to projections, Cameroon could close the FY2022 with a total tax revenue of nearly CFA2,700 billion. For December 2022, the tax administration is expecting an additional CFA245 billion in revenue.

The main factor behind the good performance, we learned, is the set of reforms implemented over the past decade. The result is an increase of 140% in the country’s tax revenue between 2010 and 2022. According to DGI, the reforms were aimed at optimizing tax collection and securing revenues, notably through digitalization. "Today, everything is completely done online at the level of large, medium, even small and micro enterprises in the regional capitals. It is possible to register with a mobile phone or computer and pay tax without going to the tax authorities. There is no longer a cashier at the tax office. Even tax certificates are now obtained online,” said the Director General of Taxes, Modeste Mopa Fatoing, at the coordination meeting in June 2022.

One of the best outcomes of digitalization is that the time spent by the taxpayer in meeting his tax obligations has dropped from more than 600 hours per year to less than 20 hours, we learned. Other reforms undertaken by the state have also improved the collection and security of tax revenues in recent years. These include the transfer of the collection of certain taxes to businesses (airport tax collected by airlines, car tax collected by insurance companies, etc.); the upward revision of certain taxes; and the gradual broadening of the tax base, with the introduction of new taxes.