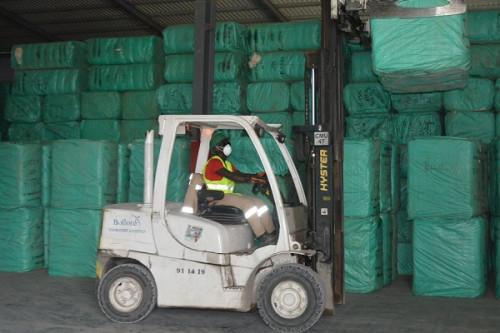 (Business in Cameroon) - On July 21, 2020, Bolloré Transport & Logistics Cameroon laid off over 200 (more than 20%) of its staff. The staff concerned are from all segments of the company’s logistics operations (logistics, storing, and transit). This wave of layoffs is the result of a redundancy plan being negotiated, since January 2020, through the Ministry of Labor and social security (MINTSS).

“The agreement signed made sure the laid-off staff’s rights are respected. Apart from their basic legal rights, severance pays amounting to 3 to 9 months of salaries were given to each of them (…) Additional social measures have been taken for people in vulnerable situations. For instance, widows and widowers were redeployed,” the Ministry informs.

According to the general management of Bolloré Transport & Logistics Cameroon, this “difficult” task had become “inevitable” because, since 2017, the company has been recording negative performances.

“Our sector is experiencing the full impacts of an internationally unfavorable situation that has caused many firms to go bankrupt. We were able to deal with it until now because of support from our shareholders. However, the strategic plan we started implementing in January 2020 was negated by the fast-moving impacts of the coronavirus,” explains Mohamed Diop, director of Bolloré Transport & Logistics Cameroon.

“In this crisis period, Bolloré Transport & Logistics Cameroon is obliged to adapt to the situation to emerge from it strengthened. It is a transformation phase to better grasp the growth opportunities presented by Cameroon and countries of the sub-region,” he adds.

The social plan is thus aimed at helping the company restore its competitiveness and profitability to notably save about 900 direct jobs. Bolloré Transport & Logistics Cameroon promised to set an efficient and more competitive organization in line with the digital transformation it started.

Despite the loss of concession over the container terminal in the Port of Douala, the Bolloré group still has a strong presence in the Cameroonian economy. The group, which has been operating in Cameroon for decades now, still has harbor (Société d’exploitation des parcs à bois du Cameroun and Kribi Conteneurs Terminal) and rail (Camrail) concessions.

According to a study by audit firm Ernst & Young, the Bolloré group’s activities generate about 5,000 direct (99% of which are handled by local labor) and over 13,000 indirect jobs. “We play an important role in the economic emergence of this great country and we intend to continue doing so,” Mohamed Diop concludes.