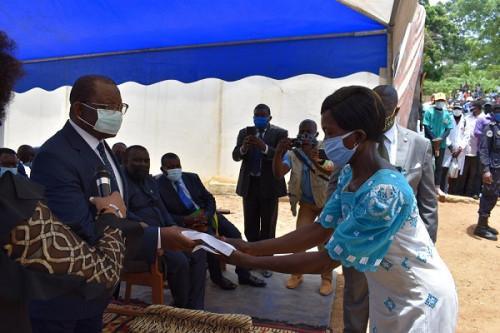 (Business in Cameroon) - On March 23, 2021, in the Mbam-et-Kim cocoa production area, Minister of Commerce Luc Magloire Mbarga Atangana launched the distribution of premiums to producers to encourage the production of the Grade 1 cocoa highly prized by cocoa processors and chocolate-makers.

According to Minister Mbarga Atangana, the distribution of the premiums is in line with the Head of State’s decision to mitigate the impact of the drop in cocoa prices that occurred during the 2016-2017 season. At the time, a series of measures were adopted, including the introduction of a quality premium for farmers, the acceleration of the construction of cocoa centers of excellence as well as a reduction (by half) of the cocoa export tax.