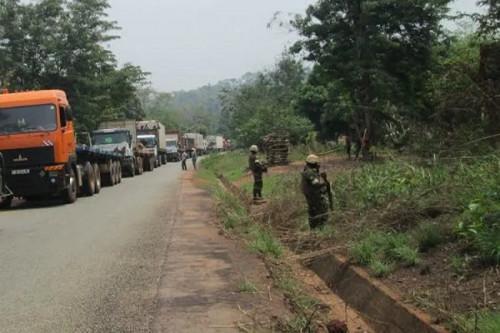 In a recent note, the Ministry of Transport revealed that this decline, which is due to the Covid-19 pandemic, has broken a growth dynamic observed since 2018. During that year, the document says, 800,000 tons of goods transited the corridor. The number then grew to one million tons in 2019, before dropping to 900,000 tons in 2020.

According to the World Bank, the Douala-Ndjamena corridor "accounts for 35% of the GDP of the two countries and serves 20% of the population of Chad and 35% of that of Cameroon. However, transporters often complain about police harassment due to the high number of checkpoints where they are forced to pay bribes. Also, all these controls delay the flow and fluidity of transport on this road.

To facilitate the traffic, Cameroon has decided to remove 39 irregular checkpoints of the 66 identified on its territory. This will leave 27 regular mixed checkpoints.