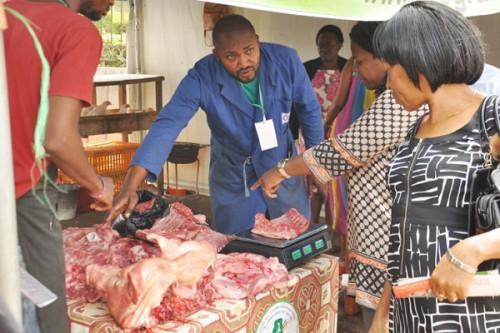 (Business in Cameroon) - In the first quarter of 2020, Cameroon recorded a 41% year-over-year drop in its meat production, according to data provided by the Ministry of Livestock, Fisheries and Animal Industries (MINEPIA).

"This decline was sharply accentuated by the drop in poultry production, which was down by more than three-quarters compared to its level a year ago. Compared to the same period in 2019, poultry meat production in the first quarter of 2020 is down 76%, " we learn from official sources.

The same ministry adds that this downward trend in the poultry production, which used to be at the top of the meat consumption list, could be explained by the suspension of the delivery of technical notices for the importation of hatching eggs due to the coronavirus during the period under review.

Over this period, economic operators in the sector, particularly those in the chick production segment, experienced difficulties in sourcing mostly, via imports, of strategic inputs such as hatching eggs and day-old chicks, due to the rationing of foreign exchange outflows imposed by the Central Bank (Beac).