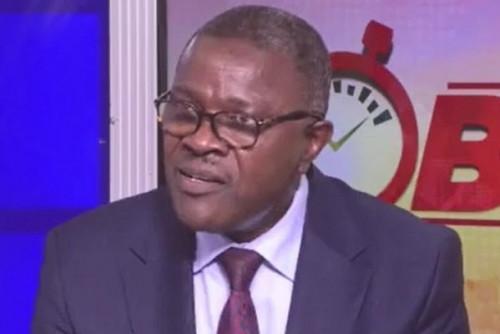 (Business in Cameroon) - The Cameroonian oilseeds industry has taken measures to remain operational even beyond January 1, 2022,  the Oilseeds Refiners Association (ASROC) assured in a release issued on November 23, 2021.  "Despite the difficult international environment affected by the coronavirus pandemic, with constraints such  as a corollary rise in the prices of raw materials and freight costs, the oilseeds industry wishes to reassure consumers that thanks to the dialogue with government, measures have been taken to ensure the continuous supply of refined vegetable oils, laundry, and toilet soaps during the holiday season and even beyond (...) ASROC is committed to continually working to meet the desire of the government and the President of the Republic, His Excellency Paul Biya, who have always supported the 1st and 2nd transformation segments of the oilseeds industry to curb rises in the cost of living,” reads the release signed by Jacquis Kemleu Tchabgou (photo), secretary-general of the ASROC.

Through this release, the association -which includes operators that produce almost 80% of the refined vegetable oils, laundry, and toilet soaps consumed in Cameroon-  is taking an opposite stance to the warning issued by the employers’ grouping GICAM earlier this month. In a release issued on November 9, 2021, Celestin Tawamba, chairman of the GICAM, warned that should firms could stop production and importation activities on January 1, 2022, should it become hard for them to adjust to soaring raw material prices ad freight costs.

GICAM explained that the possibility to stop production and importation was being considered because the measures taken by the government to mitigate the impacts of the soaring raw material prices and freight costs on production costs (the GICAM estimates the rise in production costs to be between 15 and 50%, depending on the sectors) were ineffective. Worse, it explains, in some sectors, measures were not taken at all.

For the GICAM, the rise in production costs is a serious threat to companies’ profitability and survival.

As it stands, the ASROC seems to be of a different opinion, even though some of its members belong to the GICAM, which is the largest employers’ organization in Cameroon. It is worth mentioning that after the warning issued by the GICAM, on November 16, 2021, the government issued a customs duty measure reducing companies’ expenses. “The freight rate to be used for the calculation of the customs value of goods imported by sea must be decided by reducing the total amount paid or to be paid for the shipment of such goods by 80% in the context marked by an unprecedented rise in the cost of international transportation services,” the release signed by Finance Minister Louis Paul Motazé informed. The measure mitigated the impacts of rising freight costs on imported goods but employers are yet to publicly comment on it.