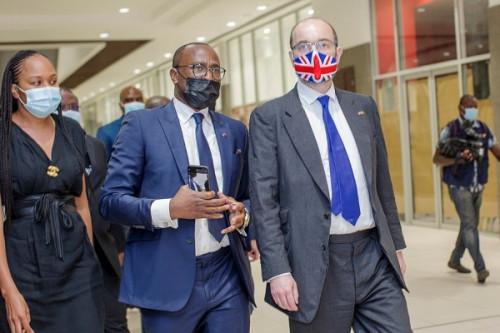 (Business in Cameroon) - The UK recently provided XAF1.1 billion to support the Cameroonian cocoa and Penja pepper sectors, a member of the delegation of British Minister for Africa, James Duddridge, who visited several British investments in Douala, on March 24, 2021, revealed.

The funds, released for the UK Trade Partnerships Program led by the International Trade Centre (ICT), aim to promote cocoa and Penja pepper exports to the British market. As a matter of fact, since 2020, the Geneva-based ICT has been training cocoa and Penja Pepper producers to facilitate their access to western markets (EU, USA, etc..), British especially. The training focuses on good agricultural and presentation (packaging, branding..) practices, we learn.

"The aim of this financial support is to boost the volume of trade transactions between the UK and Cameroon. We have realized that even in the UK, Cameroonian products are not popular. So, as strategic sub-sectors, Penja pepper, and cocoa are good opportunities for Cameroonian producers to penetrate a vast market, [like the UK]," the member of the delegation explained.

Cameroon: the land of business opportunities

Let’s note that three weeks before his visit to Douala, the British Minister for Africa was in Penja (93.2-km from Douala) where the Penja Pepper is cultivated.  On March 24, he was at the Douala Grand Mall (90%-owned by British firm Actis) and the Guinness production plant at Ndokotti. After his meeting with British business leaders operating in the economic capital, he also relaunched the British Chamber of Commerce in Cameroon.

"I came to Cameroon to strengthen relations between our two countries. For many years now, the UK has had a very good relationship with Cameroon, the aim here is to strengthen that relationship.  The UK market is an opportunity for Cameroonian entrepreneurs as well as producers in the cocoa and Penja pepper sub-sector. We believe that it is essential to support them so that they can earn better incomes by accessing our market," James Duddridge said adding that Cameroon is a land of business opportunities.

This meeting with British businesses operating in Cameroon and the provisions of XAF1.1 billion to support the said sub-sectors were preceded by the signature (on March 9, 2021) of a post-Brexit trade deal with Cameroon. Officially, one of the goals of that deal is to boost trade exchanges between the two countries and support local producers.

This deal is currently being ratified by the two countries’ parliaments and once done, it will mark a new area in the relations between both countries. According to the British High Commission in Cameroon, 12% of the banana produced locally end up on the British market.