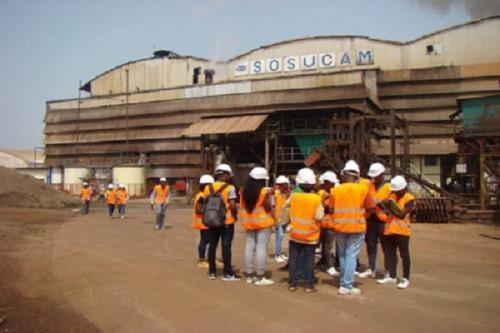 (Business in Cameroon) - The Cameroon Sugar Company (Sosucam) announced activities in its Mbandjock factory will resume today April 26. The information was reported in an internal memo signed yesterday by MD Samuel Second Libock.

The document stressed that the fuel problem that forced the company to stop its activities on April 22 has been resolved. "We have received to date a significant volume to meet our weekly needs," says the CEO to his staff.

"Sosucam needed to have visibility over several days. Now, it has a stock that allows it to operate for days," said Christian Yango, the head of Tradex-Yaoundé. For Jaques Rémy Atangana, Central-Regional Delegate of the Ministry of Water and Energy, the local subsidiary of French Somdiaa has already received a total of 222,000 liters of diesel. That is 71,000, 95,000 and 56,000 liters respectively on April 22, 23 and 25. He also said that the overall need for Sosucam does not exceed 30,000 liters per day even though the company estimates it at 60,000 liters.

Both the regional delegate and the head of Tradex-Yaoundé assure that this supply will continue in the coming days per the firm instructions received from the Minister of Water and Energy, Gaston Eloundou Essomba.

For the time being, the beneficiary (Sosucam) continues activities in its Nkoteng unit where it produces 500 tons of sugar per day. The leader in the Cameroonian sugar market with 70% of the market share says it has the equivalent of "several months" of consumption in stock. It will therefore continue to supply the market.