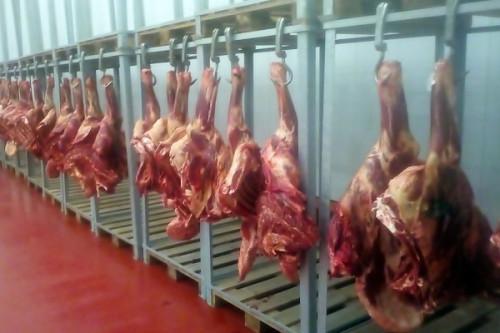 (Business in Cameroon) - Demand for beef is expected to increase in Cameroon in Q2 2022. In a recent note, the Bank of Central African States (Beac) said the forecast is motivated by the Ramadan Holiday, during which beef consumption usually increases in the country.

However, Beac says, the current context of declining production does not allow this demand to be met. “Deteriorating pasture quality and drying up of watering points, which will be caused by drought in the northern regions, are expected to depress cattle production in the second quarter of 2022. In addition, the prevailing insecurity in the far north is also expected to dampen the near-term outlook for livestock production," Beac said, however stressing that Cameroon could deal with the situation.

"Sodepa (the livestock production company, ed) should continue its meat supply activities, using the security stocks available in its butcheries and warehouses," the bank added.

These ultramodern equipment allows to preserve up to 20 000 carcasses of 200 kg. They enable the country to boost beef production, which is increasingly growing over the years. In 2019, Cameroon produced just over 107,000 tons of beef, according to a study by Cameroon's Enterprise Upgrading Office (BMN). That year, beef production had even outperformed poultry production, which had previously provided the country with the bulk of its meat production.