Young, managers, inventive and competent, they are the pride of Cameroon (4th part) 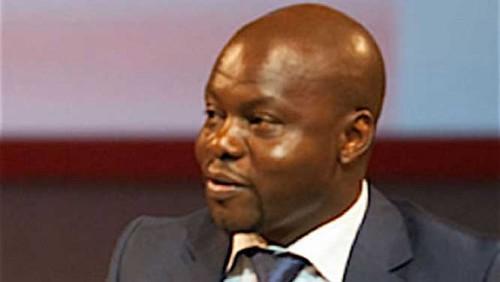 (Business in Cameroon) - Through their accomplishments, they contribute to raising high the tricolour flag of their countries at the global exchange meeting. These flag-bearers for Cameroon are the hope of a country with potentialities to be yet exploited, but whose future could hide many surprises for the most sceptical.

Mamadou Touré dreams of an Africa built by Africans

A former Investment Manager for sub-Saharan Africa at the International Finance Corporation (IFC), Mamadou Touré (photo) left this subsidiary of the World Bank dedicated to financing for the private sector, to focus on Africa 2.0, which he founded and launched in 2010. This Pan African civil society organisation has the ambition of becoming a real coalition of African leaders, for the transformation of the African continent.

Thus, Mr. Touré has been diligently travelling around the world to push the cause of Africa. “Only 2% of energy projects have failed in Africa, while this figure stands at 10% in the USA”, Mr. Touré lamented on 26 October 2015 in Abuja during the “World Pension Summit Africa”. During this event on pension funds’ investments, Mamadou Touré pleaded for a portion of the USD 500 billion available for African pension funds to be invested in the development of infrastructure on the continent.

In addition of his lobbying activities within the Pan African civil society, Mamadou Touré, who previously worked for KPMG France and was an expert in merger-acquisitions at Fortis in France, has appeared in the Choiseul ranking of “100 African leaders of Tomorrow” since 2014. He is also the CEO of Ubuntu Capital, a consultancy firm specialised in investments dedicated to Africa.

During the past 15 years, we learned during the “World Pension Summit Africa”, Mamadou Touré “worked on advisory missions and various investment operations in over 26 Africa countries”, for a total value of transactions exceeding USD 30 billion, equivalent to over FCfa 1,500 billion.

Tony Smith dreams of creating 20,000 jobs through his tablets and software

Occupying the 72nd position in the top 100 of the 2015 edition of “African leaders of tomorrow” edited by Choiseul Institute, Tony Smith is a young Cameroonian who dreams big. Through Limitless Corporation, the start-up specialised in the conception of tablets, software and smartphones he founded and of which he is the CEO since 2011, he dreams of conquering Africa.

Established in the USA, this ex-Project Manager for Microsoft (2009-2011), has the ambition of creating 20,000 jobs in Africa, in the medium term, thanks to his IT products. Among those, we can find “Limitless Mind Tab 3G”, which he describes himself as “a mini-laptop launched in 2011, which is combined with a smartphone, all in a small format. It is a product designed and conceived in Cameroon. I hope to turn it into a Cameroonian brand and label”.

During the 2011 Promote fair in Yaoundé, the Cameroonian capital, Tony Smith said he sold 600 tablets, which are also present on the Congo Brazza market. Sole shareholder of Limitless Corporation until now, Tony Smith, whose devices are being tested for the European market, has teams in Cameroon, China, Hong Kong and in the USA.

Like his brothers Cyrille and Alain, William Nkontchou is also a high-flying financier. Since 2011 (he was then only 38 years old), he has been managing the Parisian office of Emerging Capital Partners (ECP), one of the leaders in the management if investment funds dedicated to Africa, with USD 1.8 billion in assets under management (approximately FCfa 1,000 billion).

The team led by this Cameroonian financier, who has taken an active part in the search for opportunities, structuring, implementation and monitoring of investments for ECP since 2008, “cumulates a winning experience of more than 10 years in the capital-investment field, through more than 50 acquisitions of holdings in 45 African countries”. A performance which William Nkontchou owes to an exceptional career in the European finance field.

Indeed, holding an MBA from the Harvard Business School and a graduate from both the Ecole Polytechnique and Ecole des Mines of Paris, this native of West-Cameroon started his career at General Electric. He then worked in succession for Merrill Lynch Investment Banking in London, which he joined in 2001, and Sindicatum, a London corporate bank which he left for ECP.

“The American pension funds, who do not know how to locate African countries on the map have already taken the decision to invest there. I hope to one day see institutional European investors, who for their part know the region, follow the same path”, William Nkontchou confided to Les Echos in 2011, full of confidence for the future of the continent.

At less than 40 years, Patrick Mandengué has already been through 4 multinationals. First, the Swiss food industry group Nestlé where his stay was very short. Then, the telecoms group MTN International, for whose Cameroonian subsidiary he worked for 9 years. Finally, he moved to British Diageo where he worked for 3 years before joining Unilever, a firm present in more than 100 countries worldwide, and where he was Director for Central Africa until this month (he has joined Orangina Schweppes few days ago)

In this English-Dutch multinational, which is the fourth biggest food company worldwide in terms of volumes after Nestlé, PepsiCo and Mondelēz International, Patrick Mandengué is in charge of the distribution of mass consumer brands such as Signal, Lipton, Amora, Skip, Cajoline, Rexona, Fruit d’or, Omo, Axe, Knorr…

A graduate of Cornell University (Johnson Graduate School of Management) and the University of Pennsylvania (the Wharton School), Patrick Mandengué, who also received a certificate from the famous Massachusetts Institute of Technology (MIT), also attended the University of Douala (1997-2000). In 2015, he appeared on the subsidiary list of Future African leaders of the Choiseul Institute.