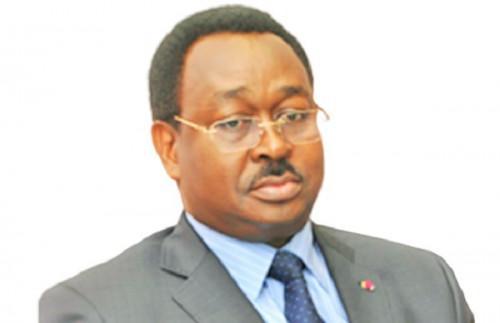 (Business in Cameroon) - There is a new development in the case delaying the construction of the 96.7 km Ntui-Mankim road. Indeed, Chinese construction company Sinohydro was selected as the provisional successful bidder for the contract worth about XAF30 billion but its selection was dividing various parties involved.

The three meetings held by the Arbitration Commission of the Ministry of Public Procurement (Minmap) to discuss the selection proved unsuccessful because of disagreements between its members. Hence on January 18, 2021, the public procurement authority Ibrahim Talba Malla (photo) asked his peer of the Public Works Emanuel Nganou to convene a new meeting of the sub-commission in charge of bid review to analyze the case that has already received two unfavorable rulings from the Central Commission for the Control of Road Contracts (CCCM-TR) for "irregularities." He also provided various explanations inviting his peer to  review the offers again by taking into account his observations.

The first observation he made was that the draft bidding document (DAO) transmitted by the project owner (the Mintp) to the CCCM-TR was different from the one provided to bidders.

According to his explanations, the project owner substantially modified an eliminatory criterion validated by the CCCM-TR (before the DAO was sent to the lessor for its no-objection opinion) without even notifying the commission (CCCM-TR). "The draft bidding documents transmitted by the Mintp to the CCCM-TR stipulates that the bidder will be deemed to have qualified personnel if at least 80% of the employees pass the evaluation. If not, the bidder’s offer will be rejected. However, the proper draft bidding document sent to interested bidders states that to be considered as having qualified personnel, 100% of the bidder’s personnel should pass the evaluation," he indicated.

Also, going against the Mintp’s argument that CCCM-TR’s decision was against its expert Yos Guillaume’s conclusions, the Minmap deemed it important to remind that for cases reviewed by public procurement awarding and controlling commissions, the conclusions of evaluation commissions and experts could by no means be considered as the awarding and controlling commission’s conclusions and the latter is not supposed to formulate similar conclusions. "Therefore, you can not base your rejection of the CCCM-TR’s decision on the expert’s conclusions since they were not validated by the CCCM-TR. The CCCM-TR’s opinion is authoritative," he wrote.