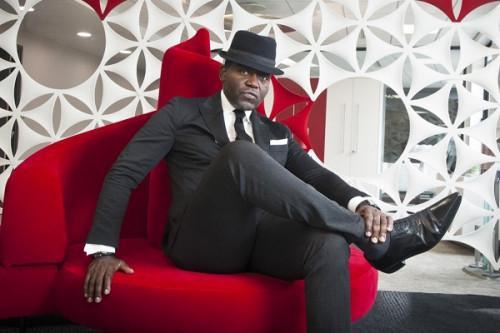 (Business in Cameroon) - In Cameroon, the first materials library in the country was inaugurated on December 12, in Yaoundé. It was launched by William Fotchine (photo) who indicates that he is conscious of the positive impact an efficient working environment can have on workers’ state of mind, his/her output and on the performances of the firms they are working for.

Through this space, the 53-year-old Cameroonian interior designer, founder of Coplacam Design and Build, specialized in interior design and who has worked for companies headquartered in France for 25 years, provides, to the local professional world, a range of new materials and technical skills essential to reinvent the working environment.

Having experienced it for many years in Europe, he sees the materials library as an opportunity to give back to Cameroonian civil servants and other workers the desire to go to their working place and even the pleasure of staying there longer.

The materials library opened in the Cameroonian capital is supported by Gypse Africa, a subsidiary of Coplacam Design and Build, specially created in 2014 for the African market. The entrepreneur claims he has already invested nearly XAF1 billion in the subsidiary adding that he intends to create an interior designers training school.

“It will be the first interior finishing school in the sub-region. This is the final phase of the project. Our project is continental. It means that every time we arrive in an African country with a materials library, we will create a school because every time you bring a new way of doing things you have to be able to transmit it. In view of the unemployment we have in Africa, I think we're going to stop looking for Italians or Turks to come and complete the work. We need to train our children so that tomorrow they will also come to us for our expertise on foreign building sites,” the promoter says.

The designers and technicians who graduate from this school will then be able to respond to the needs expressed by individuals. After Cameroon, Gypse Africa sees Côte d’Ivoire as a mature market with many possibilities and plans to enter that market.