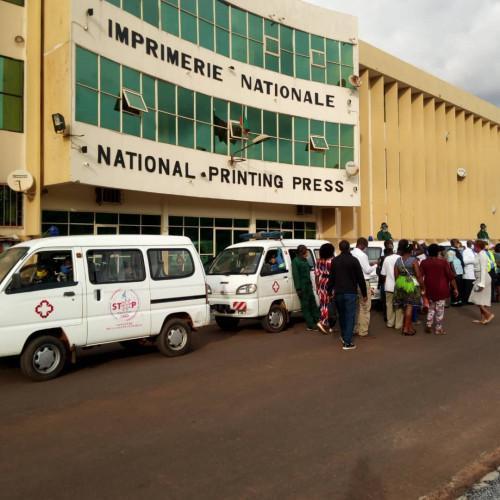 (Business in Cameroon) - On April 26, Angeline Florence Ngomo was appointed, through a presidential decree, President of the Board of Directors of the National Printing Press.

The new executive who is replacing Moïse Ngae Moubeke (who died on October 20, 2019) is a private and business law professor. She is being appointed for a three-year term renewable once.

She was formerly the general secretary at the Ministry of Tourism (from 2008 to date). She is also a member of the steering committee of the International Institute of Law of French Expression and Inspiration (IDEF), and president of the Cameroonian section of that institute, whose objective is to bring together French-speaking lawyers trained in French law - by inviting them to an annual conference on topics related to their practices.

Angeline Florence Ngomo is appointed to the National Printing Press at a challenging time for the company. Indeed, in its report on the 2020 performance of public corporations, the Technical Commission for the Rehabilitation of Public Enterprises and Para Public Enterprises (CTR) indicates that despite the obvious lack of competitors in its market and the repeated financial supports it receives from the government, the National Printing Press’s financial performance is still concerning." A detailed audit is needed to reposition it," the CTR writes.

No data on the National Printing Press’s financial situation

According to the Commission, the National Printing Press is operating as a public enterprise, with a general assembly and a board of directors. However, its bylaws are yet to be aligned with law no. 2017/011 of 12 July 2017 on the general status of public enterprises although the texts aimed at transforming the press into a public company have already been drafted.

Also, "the meetings of the social bodies within the National Printing Press are held irregularly. The accounts of the 2018 and 2019 fiscal years have not yet been finalized or approved. Because of that situation, there is [currently] no data on the press’s financial situation and its 2019 operating results," the report adds.

The National Printing Press was established in 1903, with a capital of XAF2.5 billion. It has branches in Garoua and Buea, as well as stores selling administrative printed materials in Douala, Bamenda, and Bertoua. Its missions consist mainly in printing official newspapers and documents necessary for public administrations’ operations as well as publishing legislative and regulatory nature texts.

Although the press also serves private clients, public administrations contribute the bulk of its revenues. In late 2018, its net loss was XAF827.83 million.