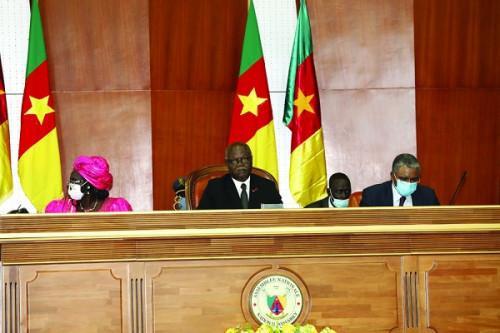 (Business in Cameroon) - On November 25, the government submitted the 2021 finance bill before the parliament for review. The said budget is estimated at XAF4,865.2 billion. It includes XAF4,670 billion for the expenditure budget (up from XAF4,409 billion in 2020 budget) and XAF195.2 billion for special purpose accounts. The overall amount of the finance bill (both the general budget and the allocations for special purpose accounts included) is up by XAF232.5 billion compared to the XAF4,632.7 billion of the 2020 finance bill.

For the next fiscal year, the government expects internal revenues and grants to reach XAF3,456.6 billion (representing an increase of XAF506 billion or 17.2% year-over-year). They are broken down as follows: XAF393 billion for oil and gas revenues, XAF2,743.1 billion as tax and customs revenues, XAF213.5 billion as non-tax revenues, and XAF106.9 billion for grants.

As far as the expenditure budget is concerned, the breakdown by major categories is as follows: XAF2,335.5 billion for current expenditures (excluding interest), XAF1,352 billion for capital expenditures, and XAF982.4 billion for public debt. The 2021 budget bill explains that a XAF66.5 billion relief has been taken into account. It concerns the principal of the external debt owed to the public donors of the G20.

The budget deficit resulting from the listed expenditures and revenues amounts to XAF661.7 billion, corresponding to a 1.7% seasonally adjusted deficit to GDP ratio compared to 2020.

Apart from the money needed to fund that deficit, other financing and treasury expenses totaling XAF820.3 billion are planned. They are made up of the following items:  XAF327.5 billion for the amortization of external debts, XAF287.8 billion for the domestic debt, XAF72 billion for the repayment of VAT credits, XAF66.5 billion for non-structured debts, and XAF20 billion for net treasury outflow to correspondents.

The government explains that the main innovations in the 2021 finance bill are the rationalization of special purpose accounts, enhanced discipline, and an increase (from XAF40 billion to 200 billion) of the guarantees and endorsements granted by the state to public institutions and companies as well as the private sector.