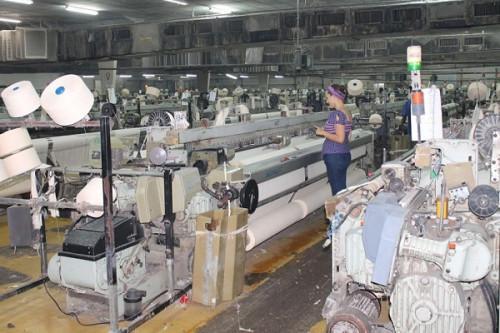 (Business in Cameroon) - By May 10, 2021, Cotonnière Industrielle du Cameroun (Cicam)’s factory, based in Garoua, will no longer have the cotton necessary to produce ecru (unbleached fabrics) and the semi-finished product CICAM uses to produce its African prints in Douala.

Indeed, according to credible sources, for over three weeks now, SODECOTON has once again stopped delivering cotton to CICAM’s Garoua-based plant because of unpaid bills.

The memorandum of understanding signed by the two companies authorizes SODECOTON to stop supplying the Garoua plant once its outstanding debt reaches XAF200 million. But, according to authorized sources, SODECOTON is claiming over XAF1.3 billion of unpaid bills from the plant.

With the decision taken by SODECOTON, the Garoua-based plant is obliged to exploit its last stock but, this stock will run out by May 10, 2021. Consequently, the plant will stop operations and the 352 staff laid off.

The same thing happened in October 2020. However, following an instruction from the Presidency of the Republic, SODECOTON restarted supplying the plant, which subsequently resumed operation on February 2, 2021. Barely two months later, things are back to square one.

The disagreements between SODECOTON and CICAM could affect the strategic relationship needed to develop a strong textile industry as planned by the 2020-2030 National Development Strategy.