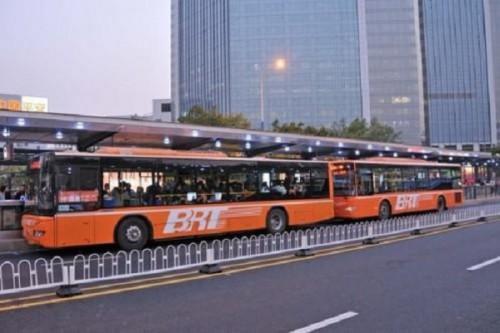 (Business in Cameroon) - Minister of Urban Development Célestine Ketcha Courtes recently published the result of two tender procedures launched in the framework of a pilot Bus Rapid Transit (BRT) project in Douala, a flexible transport system that can be adjusted to the configuration of the town served.

The first result awards over XAF45 million contract for the elaboration of a stakeholder engagement plan to Agora Consulting Sarl. In the framework of that contract, Agora will also establish a complaint system and dispute filling system for the pilot project.

The second result awards XAF860 million contract, for the study of the economic and urban impacts of the project, to the Tunisian consortium Studi International-Idea Conseil-Dohwa.

This pilot project is part of the BRT network construction program to be implemented in Cameroon in the framework of the World Bank’s sustainable towns development project. However, the project was announced in Cameroon seven years ago. Indeed, in 2014, a Brazilian consortium constituted of Marcopolo, Queiroz-Galvao and Logit offered to build a BRT network for the Cameroonian government.

Since its announcement, no new information surfaced about the project despite the numerous offers that came later. The companies that made offers besides the Brazilian consortium include Egyptian Manufacturing Commercial Vehicles (MCV), Italian Industrial Vehicles Corporation (Iveco), and even China Machinery Engineering Corp (CMEC), whose president Zhou Ya Min disclosed his interest in the BRT in Cameroon during his visit in Yaoundé in 2018.

The construction phase is scheduled to start in 2022. It will be much beneficial for the country, Douala particularly. In Douala, "the bus network is (...) inefficient and accounts for less than 1% of trips (...) Traffic congestion has been increasing over the years. Some areas in the city do not have road infrastructures. In this context, Douala residents are forced to walk, take cabs or even resort to informal transport modes like motor cabs that are still considered unsafe and expensive," the World Bank wrote in a document related to the project.

For the Bretton Woods institution, with a BRT network in Douala, commute times would drop from 88 to 71 minutes daily per resident on average, meaning 17 minutes saved daily. The minutes saved could rise to 31 minutes in the poorest periurban areas. This would mean close to 1.6% of the town's GDP saved every year if the time saved was estimated to be half of the revenues generated.