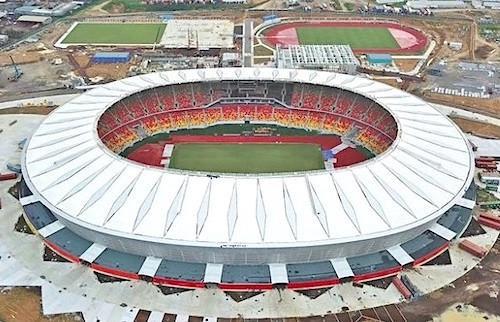 At the same time, public investments rose exponentially from -3.1% a year earlier to 11.4% in 2019. The INS explains that this rise in public investments was due to an increase in public expenditures for the purchase of electric appliances and equipment, transport equipment and furniture as well as the rise in state capital expenditures for the completion of large infrastructure projects (particularly those scheduled to host international football competitions such as CHAN2021 and AFCON2022).

Overall, during the period, capital expenditures rose by 8.5%, gaining 0.7 points compared with the 7.8% recorded in 2018. Thanks to such a rise, these expenditures contributed 2.3 points (which represents a 0.2 point rise year-over-year) to economic growth.

Let’s note that according to the 2019 national accounts, Cameroon’s economic growth was 3.7% of GDP in 2019, against 4.1% of GDP in 2018. This decline was due to the persistence of insecurity caused by Boko Haram in some localities of the Far North and the socio-political crisis raging in the Northwest and Southwest since late 2016. It was also due to the fire outbreak at SONARA’s (the country’s only refinery) plant in May 2019. All these factors harmed economic activities in the country.