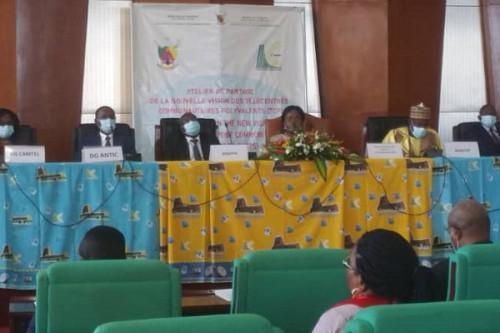 According to the Ministry of Posts and Telecommunications, this workshop is organized to "share and document the new goals that should guide the implementation of multipurpose community telecenters in Cameroon, and to get the support of all stakeholders.”

"In every country in the world, digital access boosts GDP growth. Digital technologies are changing economies and facilitating development thanks notably to their multiplier effect on job creation, especially for youth. (...) In several countries of the Southern hemisphere still battling with the digital divide, adoption, and mastery of ICTs is a prerequisite for a qualitative leap on the development path," said Minette Libom Li Likeng at the opening of the workshop.

During the workshop, participants will lay the guidelines to revitalize the 231 TCPs and digital access points (NAPs) built in Cameroon. Indeed, those infrastructures set up in the framework of a government project aimed at reducing the digital divide between rural and urban areas have not yielded the desired outcome.  "Ten years after their creation, several problems were noted mainly in the management and operations of TCPs. Those problems hindered the proper implementation of the project,” the MINPOSTEL confesses.

In addition “TCPs were initially installed to provide basic electronic communication services to the rural population. However, soon after their installations, mobile telephone operators started offering the services TCPs were supposed to provide, therefore raising questions over the relevance of those infrastructures,” she added.

In that context, in 2017, an audit was instructed by the Prime Minister to not only assess the financial situation but also lay the foundations for the strategic repositioning of the project.  According to the MINPOTEL, the recommendations of that audit helped elaborate new goals and set a new vision from which the "new generation TCPs" will emerge. The main goal is to make all public and private services available for rural populations at affordable costs through TCPs.