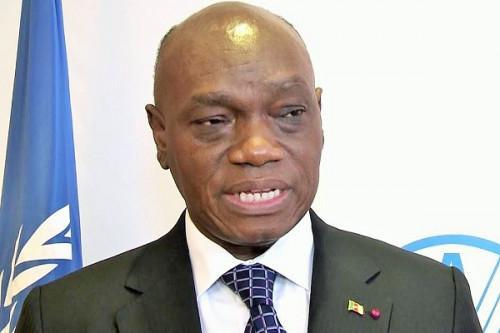 (Business in Cameroon) - The government of Cameroon announced it has suspended the sale of land plots in 21 departments across the country.

This measure, according to the Minister of Land Affairs (Mindcaf), Henri Eyebe Ayissi (pictured), is aimed at curbing the illegal sales of land in the national domain. It concerns the departments of Lékié, Mefou and Afamba, Mefou and Akono, Mbam and Inoubou, Mbam and Kim, Lom and Djerem, Dja and Lobo, Ntem Valley, Ocean, Mvila, Sanaga-Maritime, Moungo, Nkam, Upper Sanaga, Noun, Benue, Fako, Mezam, MayoBanyo, Vina and Wouri. Per Ordinance No. 74/l of July 6, 1974, establishing the land tenure system, the national domain is essentially made up of all unregistered land, which is not located in the public domain. The national domain is administrated by the State meaning that sales are only possible by concession or lease, in the case of land not occupied, or by registration, in cases where the occupation results in a clear human hold on the land or a proven development. Except for these procedures, alienations or sales of land in the national domain are prohibited.

However, despite this regulation, sales have continued. This is a drain on the state and it creates prejudice for purchasers who may be denied access to the land after the sale. To tighten restrictions on these lands, the Minister has also instituted a certificate of conformity that applies to direct registration applications, to strengthen the control of regularity. In the same vein, the government has clarified the modalities of instruction of the attribution request files in the provisional or final concession of the dependences of the national domain. Also, certificates of abandonment of customary rights are now prohibited.

According to Mindcaf, land disputes account for 85% of the cases brought before the administrative courts and 65% of those brought before the judicial courts. Land issues often top Cameroon's list of problems in the World Bank's Doing Business ranking, which measures the ease of doing business around the world.