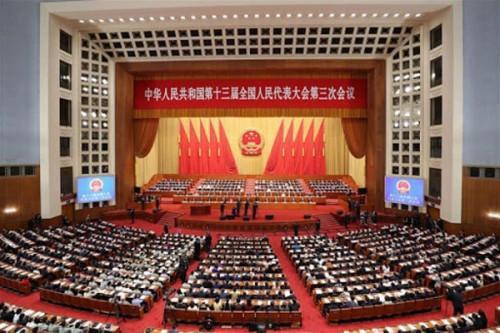 (Business in Cameroon) - During his address before the National assembly on June 28, 2021, Minister of Water and Energy (MINEE) Gaston Eloundou Esommba provided an update on the Bini à Warak dam, whose construction has been on hold for over a year now despite several negotiation missions between Cameroon and its financial partner in this project, Chinese bank Industrial and Commercial Bank of China (ICBC).

“I would like to remind you that on the sidelines of the interparliamentary conference between Cameroon and China held on June 8, 2021, to review the cooperation between the two countries’ parliamentary institutions, I sent a technical sheet to the august chamber. That technical sheet is a presentation of the state of cooperation between the People’s Republic of China and Cameroon in the water and energy sub-segment. I particularly called Cameroonian parliamentarians' attention to the financing problems being faced by the Bini à Warak project so that they can plead with their Chinese peers” to settle those issues, the MINEE said.

Preliminary works carried out by Chinese firm Sinohydro is completed, since 2018. Ditto for site mobilization, the opening of access roads, and the excavation of the left side of the dam. However, the project has been on hold since November 2019, because ICBC suspended the loan agreement although Cameroon had already mobilized the XAF22 billion counterpart fund, the MINEE indicated. “The reason for this suspension is that Cameroon did not settle some of its debts towards China on time, so, it is in a cross-default situation,” the official added.

The Bini à Warak project was initiated to provide support to the Lagdo dam and bridge the energy generation gap currently affecting residents in the Northern regions of Cameroon. The construction contract was signed with Synohydro on September 2, 2019, but the XAF182 billion loan agreement was signed in 2017.