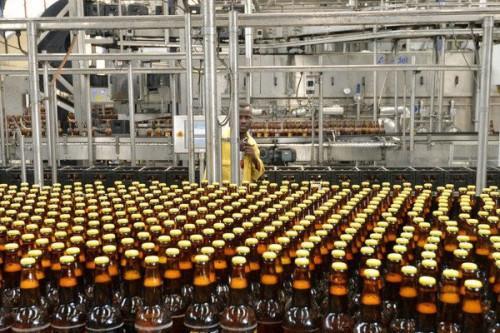 (Business in Cameroon) - Brasseries Samuel Foyou (Brasaf) announced the launch of its first beer in Cameroon. The drink will contain 75% malt and 25% corn.

“In a competitive brewing sector, this alcoholic beverage, which stands out from the others with its quality and packaging, will be officially presented to the public on June 30 in [...] Douala," the company said in a statement. Brasaf says it wants to be a game-changer. The new beer will be marketed in PET bottles (plastic) of 0.65cl and 0.33cl with an alcohol content of 5.1%. The brewing company promises attractive prices to the population. In addition to beer, Brasaf plans to launch “Krystal Drink”, a range of soft drinks presented as low in sugar and gas.

As a reminder, the creation and operation of Brasaf was announced 8 years ago. The owner, Samuel Foyou, who already owns a distillery (Fermencam), filed deeds of creation on July 10, 2014, with a notary in Douala. At the time, the company was created with a share capital of CFA100 million. Eight years later, the brewing company became the fourth of its kind alongside SABC Group (Castel), Guinness Cameroon (Diageo), and the Cameroonian Union of Breweries (UCB).