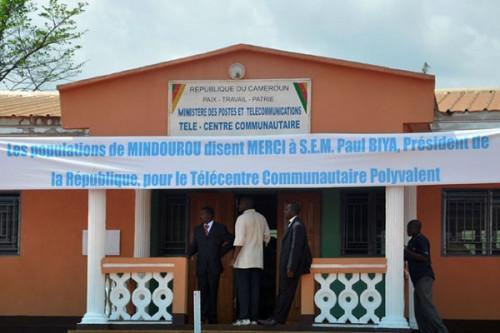 (Business in Cameroon) - From 2013 to date, over XAF26 billion have been invested in the 231 Multipurpose Community Telecenters (MCT) installed in Cameroon, according to the Ministry of Posts and Telecommunications.

For the ministry, the result of those investments is mixed because several problems hamper the smooth operations of MCTs in the country. The problems are notably poor internet access, repeated power cuts, low involvement of local populations, inadequate human resources, and insufficient funding.

MCTs were created to bridge the digital divide between rural and urban areas. However, they are still unable to achieve that goal. So, on October 27, in Yaounde, the Ministry of Posts and Telecommunications (MINPOSTEL) presented its new vision for those centers. During a workshop attended by IT and telecom stakeholders,  local councilors, and rural actors, the MINPOSTEL revealed that to revitalize the centers, their management will be entrusted to decentralized territorial authorities with the support of the Ministry of Decentralization and Local Development (MINDDEVEL).

For the MINPOSTEL, the aim is to transform MCTs into real one-stop shops where public, private, and social services are provided to citizens living in rural areas. Hence, those services will be equally available ensuring efficiency, transparency, reliability, and cost-effectivity for the rural population’s basic needs and bridging the digital divide.

"The aim is to develop a platform that allows government, private and social organizations to present their social and business goals to the population in the most remote areas of the country through a combination of IT and non-IT services," the Ministry of Telecommunications explained.

The goals of the new generation MCTs now include offering rural populations access to the same opportunities urban residents have access to, promoting local entrepreneurship, being the information hub of local and central governments, raising awareness about the opportunity offered by ICTs, informing about key priorities like health, agriculture, and community development and helping rural residents cooperate and partner with community development actors on the national and international level.

"To prevent certain segments of the population from being excluded from the socio-economic benefits of broadband use, public authorities should consider the possibility of integrating broadband connections into universal service/access obligations, given the advent of NGNs (Next-generation network). Indeed, services such as quality IP telephony or video streaming can only be offered by broadband networks," the MINPOSTEL suggested while calling for a new name for the MCTs.

The new name will help “clear the bad memories that always arise whenever the program is mentioned,” we learn.