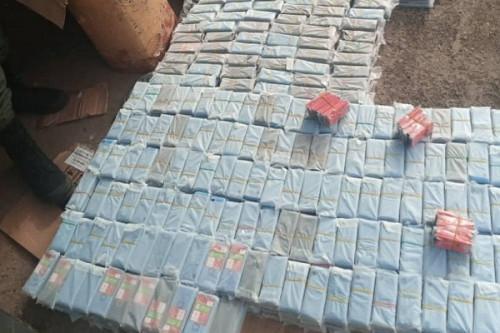 Indeed, over the past 20 years, the mobile penetration rate grew rapidly but, the customs revenues generated by the sector did not follow the same trend. They were rather dropping, we learned.  "Nowadays, we barely collect XAF100 million monthly instead of the XAF2 billion we used to collect monthly. This decrease contrasts with the number and quality of the phones imported," the Directorate General of Customs explains.

To address phone smuggling issues, the government announced that as of October 15, 2020, a digital mobile tax collection system would become effective. The system entailed mobile operators connecting to a digital platform developed by French company Arintech to facilitate the collection of customs duties on mobile phones by debiting users’ airtime.

However, due to the problems pointed out by mobile operators (the platform’s limited technical characteristics, private data management issues, the legality of using airtime as a payment means, the projected losses to be incurred by operators if disgruntled users stop using their networks because of the new measure...) as well as users’ protests against the project, the government postponed its reform.

Customs authorities explained that the reform was aimed at ensuring that most of the cellphones illegally imported into the country are cleared, providing significant additional customs revenues to the country. Indeed, according to the customs authorities, about 4 million cellphones are imported into Cameroon every year. Based on a minimum clearance rate of XAF10,000 per phone, the potential revenue is XAF13 billion. However, the public treasury only collects about XAF1 billion, causing an about XAF12 billion revenue shortfall for the country.