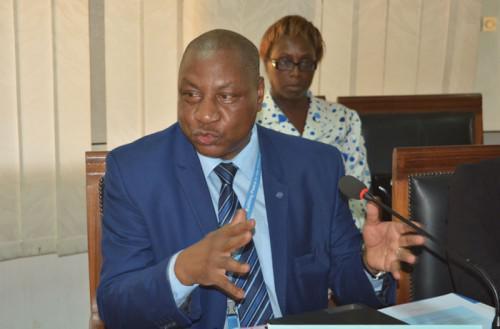 (Business in Cameroon) - Led by its representative, Félix Loïteohin Ye, a delegation of the UNESCO Multisectoral Regional Office for Central Africa met with the Secretary General of the Economic Community of Central African States (Communauté économique des États de l’Afrique centrale - CEEAC), Ahmad Allam-Mi, on 9 May in Libreville, Gabon. The two parties reviewed their cooperation on the project "universities centres of technological excellence" (pôles d’excellence technologiques universitaires - PETU). Indeed, the PETU project, whose objective is to reorganise the university education systems in CEEAC member countries, to create great and competitive centres of training and research, capable of rolling out multidisciplinary teams of specialists in innovative educational projects, is experiencing some difficulties at the moment in its implementation. It is even in a vegetative state. The UNESCO Representative said he was prepared to work with CEEAC in order to catch up, if possible, with the failures and delays in the implementation of the PETU project.

Ahmad Allam-Mi, for his part, deplores the technical difficulties that occurred during implementation. He did, however mention the steps that will be undertaken to not leave the dossier in its present state, notably the dispatch in the shortest possible time of correspondence to the African Development Bank (AfDB) explaining these difficulties and requesting renewed effort in this important project for Central Africa.