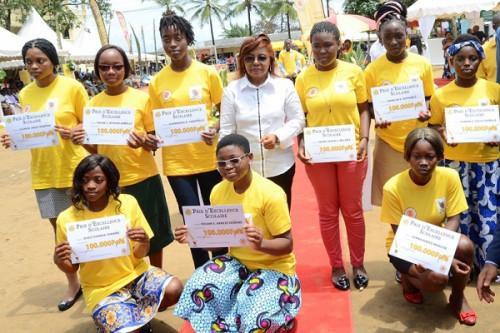 “(Business in Cameroon) - The government expresses its deep gratitude to SABC group, which is supporting the ministry of secondary education in the implementation of its strategy aimed at promoting excellence in public and private schools.” These were the words of Cameroonian minister of secondary education Nalova Lyonga, on October 18, 2019, in Douala, during the scholarship ceremony organized by the brewery group SABC.

During the ceremony, held in all the ten regions, the brewery group awarded close to 4,000 students whose grades were equal to or higher than 13/20 during the last GCE AL, Baccalaureate and technician’s exams.

The sensation of this ceremony was Sarah Esther Louka Kamanke, a student at Vogt college in Yaoundé, who passed her high school diploma with a major in science with an average grade of 17.13/20.

SABC’s aim in these special grants is to increase women’s employability and facilitate their professional integration. Indeed, according to the ministry of secondary education, in Cameroon, only 10% of students pursuing scientific and technical studies are women.