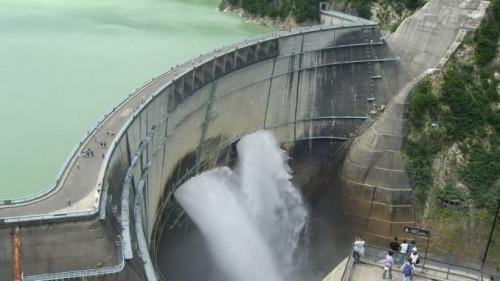 ”Cameroon holds the third biggest potential for hydropower development potential in Sub-Saharan African, estimated at more than 12,000 MW, half of which is concentrated in the Sanaga River Basin. This potential, added to Cameroon's positive results in terms of reforms and private sector participation in the electricity sector, makes it one of the most attractive countries in sub-Saharan Africa for the development of the sector, through public-private partnerships (PPPs), in support of the public investment budget,” she said on Feb 28 in Douala during the signing of two financing agreements, one of which is related to a hydropower development project.

A proof of this potential is the Nachtigal hydro dam project currently being implemented in the Central region of the country. This infrastructure, with a production capacity of 420 MW, or 30% of the country's current production capacity, has attracted many renowned investors including Electricité de France (EDF); the International Finance Corporation (IFC), World Bank’s private investment arm; Africa50 fund, which includes the African Development Bank (AfDB); and STOA Infra & Energy, an investment fund held by the Caisse des dépôts et consignations de France.

In total, 15 international investors and local banks, as well as the government itself have pledged to mobilize the $1.4 billion, or XAF786 billion, needed for the project, scheduled to be completed in 2023.

In early 2019, this hydro project was awarded the prize for the best global project in the field of financing structuring by Project Finance International (PFI) magazine, published by Thomson Reuters.