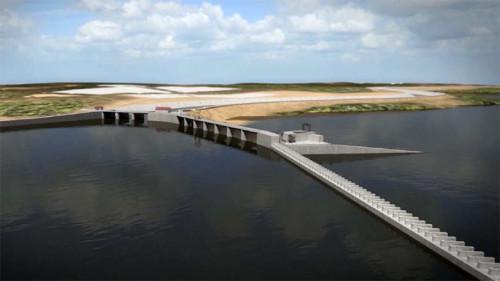 According to the government, 15 international lenders led by the International Finance Corporation (IFC) which is the World Bank’s private investment arm, alongside a consortium formed by local branches of Standard Chartered Bank, Société Générale, Attijariwafa Bank and BPCE group will help mobilize an amount of CFA786 billion to build the country's largest hydroelectric dam.

Works are expected to start December 2018 and last 57 months. Besix Group, a Belgian constructor, to whom construction is entrusted, announced it will complete the facility in partnership with French NGE (Nouvelles générations d’entrepreneurs, leader in grading work in France) and Société générale des travaux du Maroc (SGTM).

Built on the Sanaga River which houses 75% of the country’s overall hydropower potential, the Nachtigal dam will increase Cameroon’s power capacity by 30%. Let’s mention that the project is carried out by Nachtigal Hydro Power Company (NHPC), owned 40% by Electricité de France (EDF), 30% by Cameroonian government and 30% by the International Finance Corporation (IFC). According to an agreement with the State, NHPC will operate the dam for 35 years when it is completed.