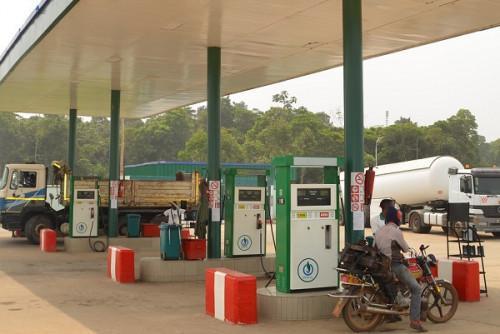 (Business in Cameroon) - Maintaining the fuel pump prices with subsidies is expected to cost the Cameroonian government CFA672 billion this year. The information was reported this week by the Minister of Commerce, Luc Magloire Mbarga Atangana.

According to data provided by the Cameroonian employers' association (GICAM), the price of a barrel of crude oil (a raw material used to produce super, diesel, and kerosene) on the international market rose from $51 to $91 (+78%) between January 2021 and January 2022 and reached $139 per barrel in March 2022 as a result of the Russian-Ukrainian conflict. This is the highest level since the 2008 crisis.

The price of natural gas (which is used to produce domestic gas) and maritime freight have exploded, negatively impacting the Cameroonian oil sector, which is dependent on imports of finished petroleum products since the country's only refinery (Sonara) burned down in 2019. Since Cameroon has been importing refined products, the equilibrium price has fallen from $55 to $40, according to simulations made by the Hydrocarbon Price Stabilization Fund (CSPH). That means when world prices go beyond that, the current prices charged at the pump generate losses that must be compensated by the State.

The Minister of Commerce informed that the price of a liter of super gasoline is CFA1,016, while it continues to be sold on the local market at CFA630. A liter of diesel should normally cost CFA1,027 but is CFAF 575 on the market. The price of kerosene should be CFA849 but is CFA350. Also, the12 kg cylinder of domestic gas should be sold at CFA13,277 but is sold at CFA6,500.

To continue to subsidy the fuel this year, given the current global context, the government will spend CFA253 billion on super fuel, CFA376 billion on diesel, CFA43 billion on oil, and CFA70 billion on domestic gas.