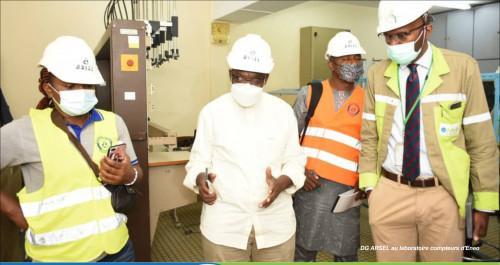 (Business in Cameroon) - In 2018, ENEO chose MGSC, a joint venture formed by Norwegian company SCATEC and several other parties, to develop a 30MW solar project. The energy generated by that plant was intended to mitigate the energy deficit affecting households and businesses in the three northern regions since electric utility ENEO planned to inject that energy into the North Interconnected Network (NIN) as of January 2022.

Instead of the 30MW planned, ENEO now intends to add 10MW. The electric utility suggested and obtained the government’s approval for a 40MW energy project. So, besides the 30MW of solar energy, the project will now include 10MW of thermal energy.

“This beneficial technical solution has taken into account the increase in industrial clients’ energy demand, notably with the cement plant whose construction is ongoing in Figuil. It also took into account the necessity to raise the energy supplied to households and extend the transport network, the requirements for optimal management of the water storage capacity at Lagdo dam by this period of poor hydrology, the energy needs for the African Cup of Nations in January 2022 as well as the constraints imposed by the transport and distribution network,” a source close to the case explains.

According to our sources, the projects are at a rather advanced stage. In August 2021, ENEO signed some contracts with SCATEC, which will install the modular solar plants in Guider and Maroua, and British frim Aggreko that will supply the 10MW of additional thermal plant.

Also, dedicated administrations and ENEO are already on the field to compensate residents affected by the projects so that by end-December 2021, thermal units and solar panels can be installed. That way, Aggreko will be able to start generating 10MW of thermal energy in Guider and SCATEC will start generating 6.5MW of solar energy in the same area. According to our sources, their energy generation capacity will gradually rise to 40MW within four months after the effective installation of the thermal units and the panels.

However, two main obstacles are hindering the implementation of the official schedule, we learn. The first obstacle is the non-objection certificate to be issued by electricity regulator ARSEL to allow the effective launch of the project.

"To accelerate the deployment, some transit incentives have (also) been requested from the Ministry of Finance for the benefit of developers. The Minister of Finance recently granted them to Aggreko but Scatec is still expecting the same," a source close to the case explained the second obstacle still delaying the project.

According to estimates by the Ministry of Water and Energy, the 30 MW of modular solar power could reduce power outages by 98% in the North, the Far North, and the Adamaoua. With the 10MW of thermal power now included in the project, the percentage of power outages reduction could go higher. However, the number of fuel costs saved will undoubtedly drop because thermal units consume fuel. In its estimate, the Ministry of Water and Energy explains that XAF5 billion of fuel expenses could be saved thanks to the 30MW of solar power. With the 10MW of thermal power included in the project now, that savings will undoubtedly be revised downwards.