Cameroon’s oil refinery burned down, government says it is "an accident" 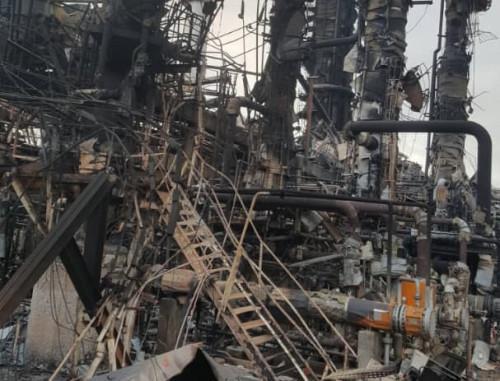 (Business in Cameroon) - An explosion caused fire in the national oil refinery (Sonara)’s unit located at Limbe, Southwest region, on May 31, burning down part of the company’s facilities. According to the communications ministry’s statement issued a day after the disaster occurred, “first indications suggest it was an accident.”

This puts an end to the assumption that the explosion was intentionally caused by separatists in that part of the country. For the time being, real causes are not known yet, but with the ongoing investigation it will not be long before it is known.

Early on the disaster day, a letter from Sonara's top management to partners mentioned “a situation of force majeure” and informed them of “a production shutdown on all our units for a period to be determined.” The government however reassures that the scenario will not disrupt oil supply in the country since “all measures are taken to ensure continuous supply.”

Let’s note that this incident occurred at a time Sonara is in a restructuring and modernization phase aiming at upgrading its equipment ; an operation that will not be suspended, the government offers. So far, no victims have been reported and an assessment of the costs of the damage is not yet available, as well.