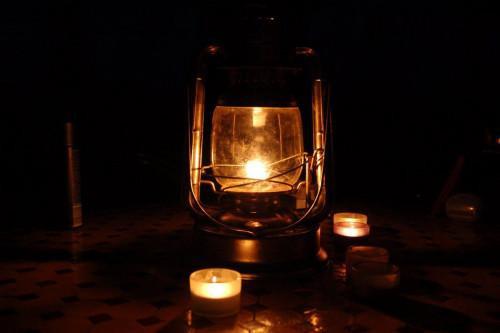 (Business in Cameroon) - Days ago, electric utility ENEO resumed with energy rationing in Cameroon. In almost all of the main towns, whole neighborhoods are left without electricity for hours, even for days. This is worse in rural zones, several sources indicate.

"The entire power system (the production, transport, and distribution segments) is constrained. This creates energy deficits that are accentuated by two main factors: grid saturation and the decrease in some power plants’ generation capacities either because of maintenance, fuel supply constraints, or low water levels,” explained the electric utility in a statement dated February 21, 2022.

Authorized sources explain that the Memve'ele dam (South region), which used to generate 90MW out of its 211MW capacity, recorded a drastic drop in the volume of energy generated, to 35MW, in recent weeks, due to the drop in water levels following the harsh dry season. According to forecasts by operators in the electricity sector, the energy generated by the dam will not rise back to 90MW before mid-March (when the rainy season is expected to start) or even in early April 2022.

At the same time, sources close to the case reveal that the Kribi gas-fired power plant is only generating 160 MW of energy out of an installed 216 MW capacity (extensible to 330MW) because of maintenance works.

But why were maintenance works launched on this vital energy infrastructure during the dry season that usually causes a drop in water levels, therefore, forcing a reduction in dams’ electricity generation capacities?

"During the Africa Cup of Nations soccer tournament, the government instructed a reduction in industrial consumption to supply households. It also prohibited maintenance works on energy production, transmission, and distribution infrastructure to avoid disrupting supply during the soccer tournament.  Operators are now catching up with their annual maintenance targets given that the foreign contractors in charge of the works were not available at the height of the Covid-19 pandemic," explains a source close to the case.

As a result of the production drop caused by maintenance works at the Kribi power plant and the hydrological problems at the  Memve'ele dam, the Cameroonian electricity network has lost at least 110 MW of its capacity. The loss is higher when added to the impacts of the saturation of the grid that collapsed several times in 2021, because of the dilapidated state of infrastructure. To alleviate this saturation, the National Electricity Company (Sonatrel) recently acquired about twenty transformers, we learn from good sources. However, after unsuccessful attempts to install that equipment, an authorized source confided, Sonatrel is preparing to send them back to the supplier, because of manufacturing defects that were finally detected.

For an expert of the Cameroonian electricity sector, there is no hope for stability in the national electricity transmission network in the short term.

All those problems affect households and businesses, whose activities are now slowing down. Other factors contributing to the problem are the rationing of the fuel destined for thermal power plants and a “sudden increase in energy demand due to illegal connections to the network,” ENEO explains.