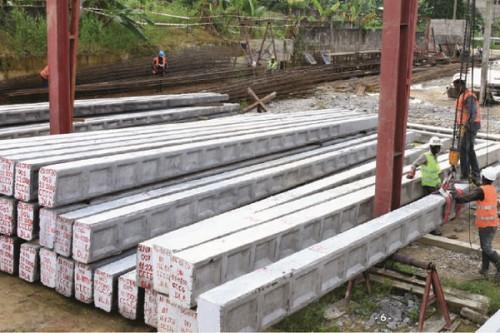 (Business in Cameroon) - Between January and June 2020, half a dozen local companies contracted by Eneo Cameroon manufactured 6,500 concrete poles.

These companies include SCCP based in Souza, CCCG based in Yassa, Leader based in Yaoundé, CBD based in Garoua, SET based in Ngaoundéré, and LAW Brothers based in Limbe.

According to Eneo Cameroon, the poles manufactured by these Cameroonian SMEs, are gradually being used in the framework of the projects aimed at renewing the existing poles, renovating and extending the network.

"The companies in charge of the installation of these poles are companies in the electrical sector that until now were only used to wooden poles. With the help of Eneo's engineers, they are developing new expertise," Eneo explains.