Memve’élé dam : Energy evacuation components to be delivered by Aug 2020 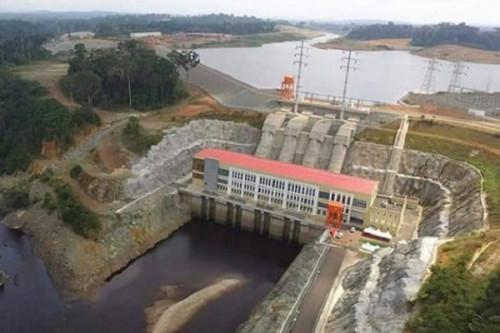 “The dam was completed since June 2017. However, some of the energy evacuation component structures are still being built on the Ebolowa-Yaoundé line for its operation. These works should be completed by August 2020,” a source close to the case informs.

For the 2020 fiscal year, the Cameroonian government has budgeted an amount of XAF9.5 billion for the completion of the works. Last November, during his appearance before the Finance and Budget Committee of the National Assembly, the Minister of Water and Energy Gaston Eloundou Essomba estimated the rate of completion of the work on the transmission line connected to the Memve'ele dam (Nyabizan-Yaounde) at 60%. At the same time, he announced the final commissioning of the Memve'ele hydroelectric dam by December 31, 2020.

Started eight years ago, the Memve'ele hydroelectric dam, costing nearly XAF450 billion, should have been delivered by 2018. However, due to financial challenges, the commissioning of the structure has been postponed at least twice.

The Memve'ele hydroelectric dam is cited by the World Bank as one of Cameroon's projects whose costs are two to six times higher than similar projects in countries with the same level of development.