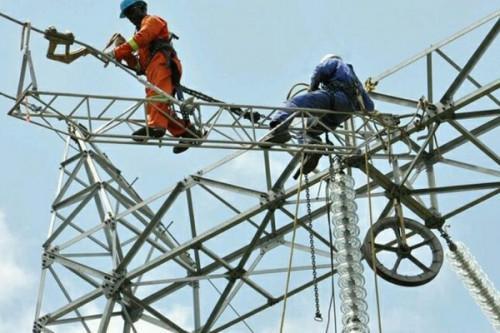 (Business in Cameroon) - The project to transport electricity from the future Nachtigal hydroelectric power station (420 MW), in the Central region of Cameroon, to the West has just undergone a financial development. Last April 4, President Paul Biya signed a decree authorizing the Minister of Economy to sign a loan agreement worth $164.69 million (about CFA97.8 billion) with the Export-Import Bank of India (Eximbank-India). The money will serve for the construction of a transmission line (400KV) between Nachtigal and Bafoussam, as well as the related works.

In 2020, when the Ministry launched the recruitment of engineering firms and consultants specializing in the monitoring of high-voltage electrical works, it was announced that the commissioning of the 400KV Nachtigal-Bafoussam line “should take place between October 2022 and October 2023 following the commissioning of the first turbine and the full commissioning of the Nachtigal hydroelectric dam.”. This leaves at best 18 months to complete the project on time. However, the construction work, which is to be carried out by the Indian company Kalpataru Power Transmission Ltd, is expected to last between 24 and 27 months. As a reminder, Kalpataru Power Transmission signed in 2020 a memorandum of understanding with the Cameroonian government for the construction studies and the commissioning of all the works in EPC mode (engineering, procurement, and construction).

According to the Ministry of Water and Energy, this project aims to increase access to electric power in many regions, promote electrical interconnection with the Federal Republic of Nigeria, and facilitate the evacuation of energy from various future production sources such as the Nachtigal, Song Dong and Grand Eweng hydroelectric dams.