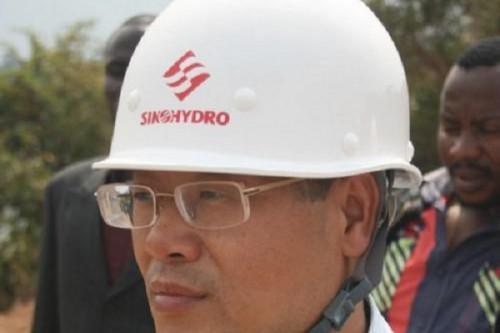 (Business in Cameroon) - Chinese company Sinohydro announced it has exited the work site of the Bini à Warak dam project (75 MW). The site manager sent a letter last August 22 to the mayor of Ngan'ha, where the project sits, informing him that the company is already moving equipment from the work site.

"With the present note, we write respectfully to inform you of the temporary displacement of our equipment from the work site of the Bini à Warak dam,” the note reads.

“Indeed, under the agreement signed between the State of Cameroon and our company, which provided for the launch of work in 2017, we gathered a set of equipment and we were ready to meet our side of the deal. However, to date, this equipment, which is almost at the end of its normal amortization period has not yet been used for administrative reasons that are not our responsibility. This situation causes serious financial prejudice to our company, and it is to minimize this prejudice that we found it appropriate to redeploy our equipment to other sites where we operate. Yet, per the commitments made by our company (...), this equipment will be made available again to the project in due course, for the execution of the works once all the conditions are met for the resumption of works," the site manager said.

The dam project was launched in 2017 as part of the major infrastructure works initiated in the country in 2012 but was suspended in 2018 just after the initial works were completed. The preparatory works were pre-financed by the builder, for about CFA20 billion, according to the government.

The reason for the suspension of works was the non-payment by the State of Cameroon of the insurance premium conditioning the release of the loan of CFA182 billion obtained from the Chinese bank ICBC, we learned. Also, in November 2019, when Cameroon finally met all the conditions allowing the release of CFA23 billion, the Chinese bank rejected the request, saying the country was in default with another bank.

Negotiations between the parties for the finalization of this funding have recently resumed, the Minister of Water and Energy, Gaston Eloundou Essomba, announced during a press briefing held on March 31, 2022, in Yaoundé. To bring the Chinese financier back to the negotiating table, he said, the government initiated a lobbying operation of Cameroonian parliamentarians with their Chinese counterparts.

But in the meantime, Sinohydro has already moved about 75% of its staff from the site since 2019 and is now preparing to withdraw its equipment. This does not bode well for the resumption of work on this much-awaited energy infrastructure. Indeed, the Bini à Warak dam will make it possible to replace the Lagdo dam, which requires CFA100 billion for its rehabilitation. For the time being, the 72 MW installed capacity of this energy structure is often reduced by half, mainly due to silting of the reservoir. This causes major disruptions in the distribution of electrical energy in the Adamaoua, North, and the Far North regions.