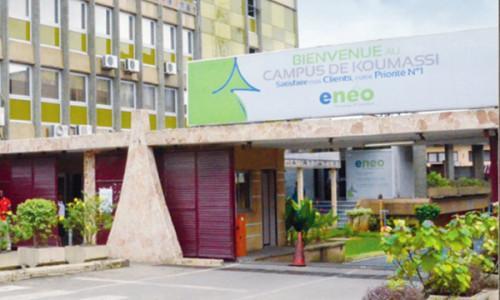 (Business in Cameroon) - As of May 31, 2021, the State of Cameroon was the client with the largest share in electric utility ENE0’s debt portfolio estimated at over XAF207 billion as of that period. According to figures published by the electric utility, as of that date, the overall debt owed by the State to ENEO was XAF163.078 billion.

Specifically, state companies and institutions were owing XAF44.524 billion while water utility was owing XAF19.713 billion, XAF17.315 billion for aluminum company ALUCAM, XAF1.4 billion for media firm CRTV and over 1 billion for incumbent operator CAMTEL. As of that period, the unpaid electricity bill of state universities and hospitals was over XAF4 billion, the utility company estimates.

Overall, ENEO owes over XAF60 billion to its state-owned suppliers. Namely, XAF49.696 billion to TRADEX and over XAF11 billion to SONARA. It still owes electricity transport company SONATREL and electricity development corporation EDC but the amount of that debt is yet to be published.

ENEO praises “the efforts initiated last year by the State of Cameroon, which realized the urgent need to gradually settle” those debts. It however mentions that the debt is worsening due to the accumulation of ALUCAM and CAMWATER’s unpaid bills.

In 2020, the debt rose by XAF40 billion because, in the second semester, the State stopped its then-regular payments. So, ENEO wishes long-term solutions can be found, in collaboration with the government and the concerned companies and institutions for financial equilibrium in the electricity sector. In that regard, a debt agreement will be signed after works led by the technical committee for the rehabilitation of public and para-public companies CTR.