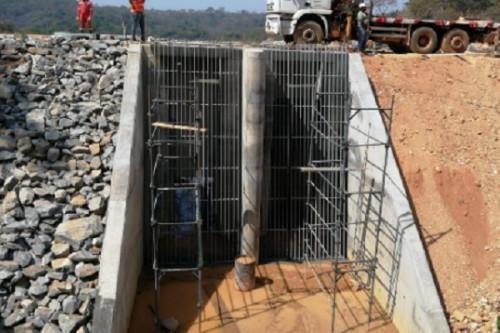 (Business in Cameroon) - Up to now (September 2021), independent power producer IED Invest Cameroon has not delivered the 1.4MW Mbakaou powerplant it promised for June 2021 on February 22, 2021.

In an announcement published on September  6, 2021, by Cameroon Tribune, Ousmanou Moussa, Director-general of the Rural Electrification Agency (AER) explained the reasons for that delay and set a new delivery period. "Private operator IED’s resilience is to be praised if the project is in its final stage and will be completed by November 2021. Despite the numerous difficulties faced notably while raising grants from the Rural Energy Fund, IED resisted. Now we are at a pretty advanced stage so we can confidently say that the problems that delayed the execution and fundraising (…) are behind us," the executive explained.

He also pointed that the project will contribute to the reduction of greenhouse gas. Indeed, once the Mbakaou hydropower plant is commissioned, the Tibati and Mbakaou thermal plants whose operations are harmful to the environment will be discontinued. The hydropower plant will also help the country save operation costs because currently the region is supplied by thermal plants that consume diesel whose high costs are covered by the State.

For the Ministry of Energy, the project will have a positive impact on Djerem residents, who will thus have access to clean and stable energy once service quality is improved; by electrifying eight towns and villages as well as connecting close to 2,800 new households to the power supply source.

The Mbakaou mini-hydropower plant is the result of a XAF4.5 billion investment. Since 2011, the European Union has been supporting the project and its overall contributions are estimated at XAF1.64 billion. Its initial capacity is 1.4MW but it could be extended to 2.8MW.