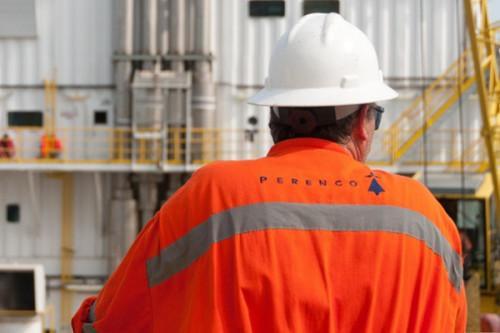 (Business in Cameroon) - The British oil and gas company Bowleven announced in a June 7 statement that its partner on the Etinde Block in Cameroon, New Age UK, is selling all of its assets to the local subsidiary of French Perenco.

The seller holds 37.5% of this project, which covers an area of 2,316 km2 in the southwest region of Cameroon. A definitive conditional agreement has already been signed between the parties, we learned.

"The prospect of Perenco becoming our partner and operator at the Etinde permit is very positive news. We believe that Perenco's proven Cameroon oil and gas developments and substantial experience provide an opportunity to accelerate our efforts to secure FID (final investment decision),” said Eli Chahin, CEO of Bowleven Plc.

Let’s recall that after 6 years of operation on the Etinde project, the Cameroonian government granted Bowleven (25%) and its partners New Age (37.5%) and Lukoil (37.5%) the approval to apply for a new license on January 26, 2021.

The companies hoped that with this new license they would identify sufficient reserves from new exploration campaigns and make an investment decision in 2021, but they did not meet this deadline. While they had finally planned to do so this year, they are now faced with the fallouts of the Russia-Ukraine war. Indeed, Lukoil is a Russian company and is de facto affected by the sanctions against Russia as part of this conflict.

Victoria Oil & Gas (VOG), the parent company of Gaz du Cameroun (GDC), which has set up the country's very first natural gas processing unit in Douala, is also interested in the Etinde project. On February 5, 2020, VOG signed a "non-binding letter of intent" with the project holders to source natural gas from the Etinde field. This block could well become the third operational gas field in Cameroon, after Kribi (South) and Logbaba (Littoral).