Electricity: Cameroon turns to Exim Bank China for funds for the construction of the 72 MW Menchum hydroelectric dam 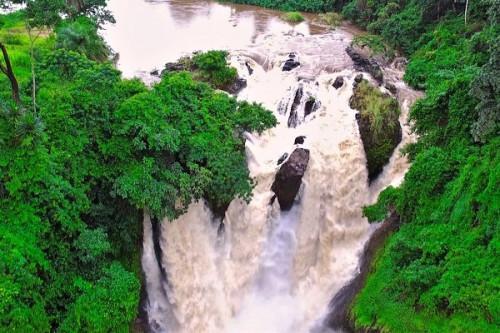 (Business in Cameroon) - Cameroon has initiated negotiations with Exim Bank China to raise funds for the construction of the Menchum hydroelectric dam in the Northwest. “Detailed studies are being completed and the fundraising process is ongoing with Exim Bank China,” Minister of Water and Energy Gaston Eloundou Essomba told the National Assembly’s Finance and Budget Commission.

The government official did not disclose the funding being negotiated with the Chinese bank but, in 2013, the Cameroonian government had already revealed that initial estimates were putting the investment required for the energy infrastructure at somewhere around XAF162.5 billion.

Cameroon is therefore resuming a project that has been in hibernation for years now. In 2015, the Ministry of Public Contracts selected a consortium of Canadian and US firms Cima International and ARQ Engineering as project managers for the construction of the Menchum dam. Their contract worth XAF6.9 billion was for 5 years. As for the construction contract, it was entrusted to CEW (the Chinese firm that built the Lom Pangar dam).

Due to challenges in the mobilization of fundings required, construction works did not start. Before the finance and budget commission, Gaston Eloundou Essomba failed to explain whether the previously selected firms will be the ones to implement the project now that it is relaunched. Also, since 2016, the Northwest where the dam is planned to be built has been facing a security crisis, which could hinder the construction.

Only project maturation steps are planned for 2022 for that contraction project. Overall, the Menchum dam project provides for the construction of a 72 MW hydroelectric dam and electricity transport lines on the Menchum River. This will improve energy offer and boost the electricity access rate in the Northwest.