Yaoundé: Energy and water distribution disrupted by incidents on the electricity transport network 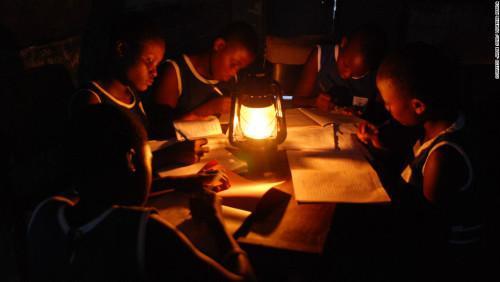 (Business in Cameroon) - On March 9, 2021, many neighborhoods in Yaoundé and the southern region were plunged into darkness for several hours. "Dear clients, after the storms that occurred in the evening of Tuesday [9 March 2021], we recorded a series of incidents on the electricity transport and distribution network, on the Oyomabang-Nomayos transmission line mainly. The incidents affected electricity distribution in some neighborhoods in Yaoundé and the Southern region,"  electric utility ENEO wrote in a message addressed to its clients.

The utility company explains that both its teams and that of the Electricity Transmission Company Sonatrel were notified. They then activated the thermal power station located in Mbalmayo (about 50 km from Yaoundé), resupplying the Akomnyada Water Treatment Plant and preventing an interruption in drinking water supply from the treatment plant to the neighborhoods affected. Also, by 10 pm, 60% of the affected neighborhoods had gotten electricity thanks to the activation of the Mbalmayo power station, ENEO adds.

Despite the resumption of energy supply to the Akomnyada water treatment plant, drinking water distribution is still disrupted in Yaoundé. In a press release published today March 10, water utility company Camwater explains that due to "power cuts and strong voltage variations recorded at the Akomnyada and Mefou production stations, as well as in the Messa and Nkoayos recovery stations since March 8, 2021, drinking water supply is disrupted in several neighborhoods in Yaoundé.  The supply will be gradually resumed when electricity supply is stabilized."

Failures in the transport network

According to the estimates provided by ENEO, in the early hours of March 10, 2021, 40% of the households affected by the incidents that occurred a day earlier were still without electricity.

"After the restoration of two-third of the lines affected by the rain [of March 9, 2021], this morning [March 10], the teams are now checking the remaining lines to identify the failures which require heavy repairs (those failures include fallen poles, burnt transformers, etc.). At the same time, Sonatrel is working on its mainline, where there are some issues," explains an internal source at ENEO.

Let’s note that besides the incidents caused by the March 9 storms, energy distribution has been unstable in Yaoundé in the past month. Every day, many neighborhoods experience power outages. According to ENEO, the outages are due to the works carried out every weekend to strengthen the distribution network and also to the electric wires; light bush fires that catch and burn wooden poles during the dry season, or cutting trees, inadvertently letting the trees fall on the electric wires, disrupting the network.

Despite ENEO’s explanations, some authorized sources believe that besides the reasons listed, the instability in electricity distribution in Cameroon in recent months is due to the state of the transport network. According to those sources, the renovation of that network has been stalling since that responsibility was transferred to Sonatrel. As credible sources explain, not a month goes by without an incident on the transmission network (most of which needs renovation, according to some experts).

The said grid supplies six out of the 10 regions in the country, namely the Central, Southern, Littoral, Western, Southwestern, and Northwestern regions.

Following this umpteenth incident, an urgent meeting was convened on January 27, 2021, by the Minister of Water and Energy, Gaston Eloundou Essomba.