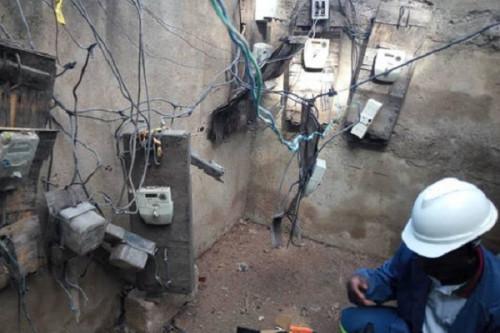 (Business in Cameroon) - Electricity watchdog ARSEL has praised electric utility ENEO for the various adjustments it made after the April 13, 2021, warnings, sources close to the case informed.

On April 13, 2021, Jean Pascal Nkou, Director-General of ARSEL, sent a letter to Éric Mansuy, ENEO’s CEO, to complain about various shortcomings and abuses identified in the ENEO/clients relationships. Jean Pascal Nkou notably pointed at the measures taken by ENEO to combat frauds and how those measures are implemented in violation of regulatory frameworks.

In his letter, ARSEL’s DG ordered ENEO to address the shortcomings pointed out. "Under the provisions of Article 97 of Law No. 2011/022 of December 14, 2011, regulating the electricity sector, you are ordered to address the shortcomings and abuse pointed out and send me copies of the briefing notes issued in that regard, without prejudice to financial and administrative sanctions that may go as far as suspending the non-technical losses mitigation operations," he wrote.

This is obviously what ENEO did. According to our sources, Jean Pascal Nkou recently sent another letter to Éric Mansuy praising ENEO’s decision to cancel the fine issued when an ENEO/ARSEL joint check reveals that the clients the fines were issued to committed no frauds. The DG also welcomes ENEO’s decision to keep supplying clients who, although suspected of fraud, have referred the matter to ARSEL.

The sources added that ENEO’s decisions were notified to ARSEL within the deadlines prescribed in the April 13, 2021, letter. Therefore, after those adjustments made by ENEO, ARSEL is committed (as it points out) to supporting the electric utility’s fight against energy frauds in Cameroon.

According to ENEO, the Cameroonian electricity sector loses close to XAF60 billion to such frauds every year.