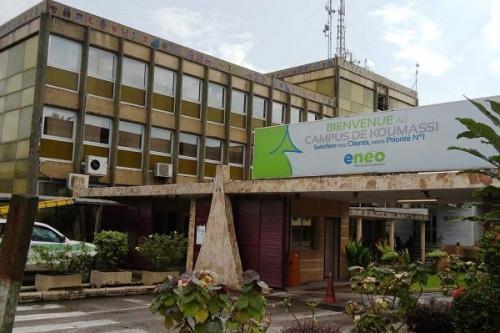 (Business in Cameroon) - The cash-flow problems Eneo, public energy distribution group in Cameroon, is going through seem for a while now to have worsened in H1, 2019. In an internal note seen by Business In Cameroon, the company’s general director described a more than awkward financial situation. “We’ve just completed an H1, 2019 during which our financial situation greatly worsened,” the general director Joël Nana Kontchou wrote to its executives.

According to him, this situation is due to a below-target reduction of distribution losses, spendings that are not in line with available resources, debt recoveries in drastic drop because of an accumulation of debts owed by state-owned institutions. An authorised source at ENEO indicates that these debts are close to XAF100 billion to-date.

In a bid to recover those debts, the energy distribution company is planning to take drastic measures during this month of July 2019. The said authorized sources reveal that these measures could range from a reduction of the energy supplied to state-owned institutions to targeted power-cuts.

One of the first victims of these measures would be Alucam that uses more than 40% of the energy generated by Eneo.  According to our sources, this company, which is still unable to recover from the departure of its strategic partner Rio Tinto, has increasing problems paying its energy bills.

Eneo also expects government and public institutions’ debts to be securitized. That way, those securities can help raise funds from banks and investors.

Is Actis, the British investment fund that controls Eneo, on the leave?

In the note, the general director also recommended urgent safeguard measures. Officially, this should translate into the reduction of non-essential spendings by 10%, the elaboration of a list of projects that can be delayed till the new fiscal year and rationing of thermal power plants’ fuel supplies.

Recently, information circulated announcing negotiations for the sale of British investment fund Actis’ stake (51%) in Eneo. Internally, this information is relativized. “This is a wrong interpretation. Indeed Eneo is currently negotiating with many financers to raise funds in order to implement its investment programme. One of the investors offered to enter into the capital of this company. This is how the information about Actis’ departure came to be… When the concession agreement was being extended, the government, which feared Actis’ departure, was advised to introduce a term setting a deadline before which Actis could not leave,” an internal source indicates.

It adds that this deadline could not possibly be one year.