Cameroon : Due to security reasons, Eneo is unable to access forests in the Northwest to replace wooden poles 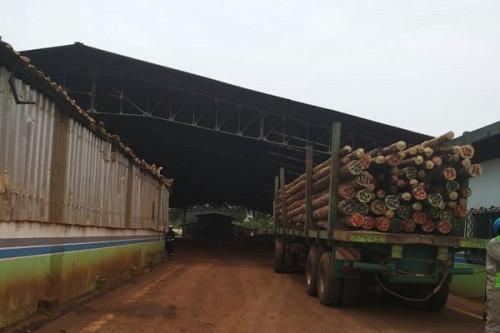 (Business in Cameroon) - During his recent presentation before the National Assembly to defend the budget of his ministerial department, Gaston Eloundou Essomba, the Minister of Water and Energy (Minee) addressed the issue of wooden poles used to transport electricity to Cameroonian households.

To achieve this performance, “it is necessary for the Ministry of Forests to grant an authorization to Eneo and the national agency for forest development to use the 55,000 wooden poles identified in the Western region (Baleng, Bazou, Bana) since the forests of the Northwest are inaccessible due to security reasons.”

According to the official, there is just over 1,300,000 poles in the Cameroonian distribution networks. Most of those poles are made from wood and face constraints that increase the frequency and duration of power outages.