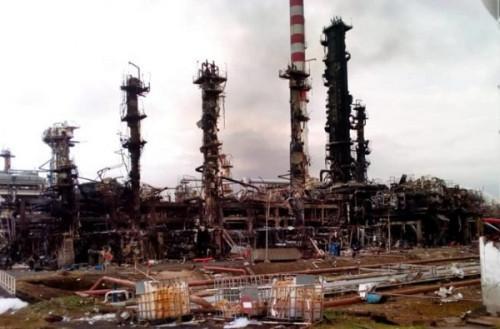 (Business in Cameroon) - The rehabilitation of the SONARA’s plant, which was partially destroyed by a fire outbreak on May 31, 2019, will start in 2022. This is at least what Prime Minister Joseph Dion Nguté said on November 26, 2021, while presenting the government’s 2022 economic, financial, social, and cultural program before the parliament in Yaoundé.

The Prime Minister did not provide much information on the funding mechanism for that rehabilitation whose costs were estimated at some XAF250 billion by the Ministry of Water and Energy. The financing mechanism is crucial because, previously, negotiations between the government and Russian investors interested in the project failed, according to sources close to the case.

Also, to support the rehabilitation, the government introduced a new line into the oil products’ price structure. For every liter of petroleum product sold by filling stations, XAF47.88 is deposited into a special account. According to the government, XAF100 billion has already been deposited into the account. However, the same funds in the account are the guarantees offered by the state of Cameroon to restructure the debt SONARA owes banks (a repayment plan has already been agreed for the XAF261.4 billion debt) and oil traders ( the repayment plan is still being negotiated for a XAF371 billion debt).